"We are not a people of perpetual war - it is the antithesis of everything for which we stand and for which our ancestors fought," wrote Acting Secretary of Defense Chris Miller in his initial message to the force on Friday. "All wars must end." 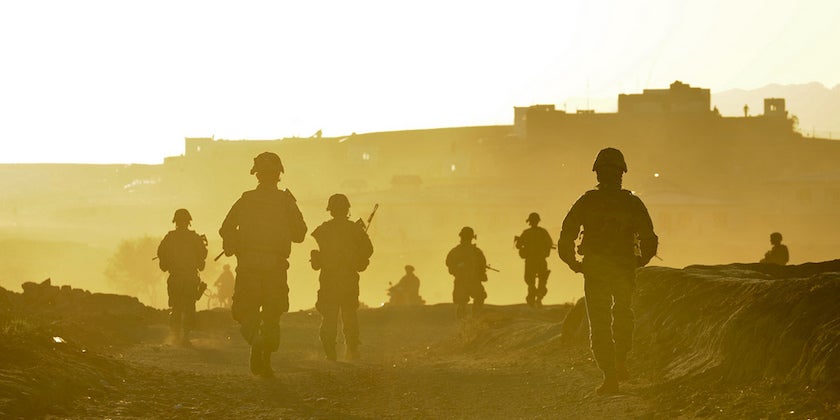 The new head of the Defense Department has a message for America’s fighting men and women: it’s time for the era of forever war abroad to come to a close.

“We are not a people of perpetual war – it is the antithesis of everything for which we stand and for which our ancestors fought,” wrote Acting Secretary of Defense Chris Miller in his initial message to the force on Friday. “All wars must end.”

“Ending wars requires compromise and partnership. We met the challenge; we gave it our all,” he continued. “Now, it’s time to come home.”

A veteran of both Iraq and Afghanistan, Miller’s message to the force did not necessarily promise a clear timeframe for when that homecoming might take place, stating that the Pentagon “remain[s] committed to finishing the war that Al Qaida brought to our shores in 2001.”

“This war isn’t over,” Miller wrote. “We are on the verge of defeating Al Qaida and its associates, but we must avoid our past strategic error of failing to see the fight through to the finish.”

Rather, the U.S. must learn to lead from behind as partner forces in wartorn countries like Iraq and Afghanistan take on the mantle of security and stability in their own land, Miller wrote.

“Indeed, this fight has been long, our sacrifices have been enormous. and many are weary of war – I’m one of them – but this is the critical phase in which we transition our efforts from a leadership to supporting role,” Miller wrote.

Miller replaced Defense Secretary Mark Esper as the head of the Pentagon on Monday following the latter’s abrupt dismissal in a tweet from President Donald Trump.

Miller’s appointment — as well as that of retired Army Col. Douglas Macgregor as his senior advisor — is broadly regarded as a sign that Trump plans on accelerating the U.S. withdrawal from Afghanistan that the commander-in-chief has promised in recent months.

While the Pentagon has not announced any changes to the schedule for withdrawing troops from Afghanistan determined by the February agreement with the Taliban, Trump tweeted in October that all U.S. service members “should” be out of the country by Christmas.

At the moment, there under 5,000 U.S. troops in Afghanistan, National Security Adviser Robert O’Brien confirmed in mid-October.

Related: US moves from conditions-based withdrawal to inelegant bug-out from Afghanistan