Forever war keeps on simmering, and it could all too easily boil again. 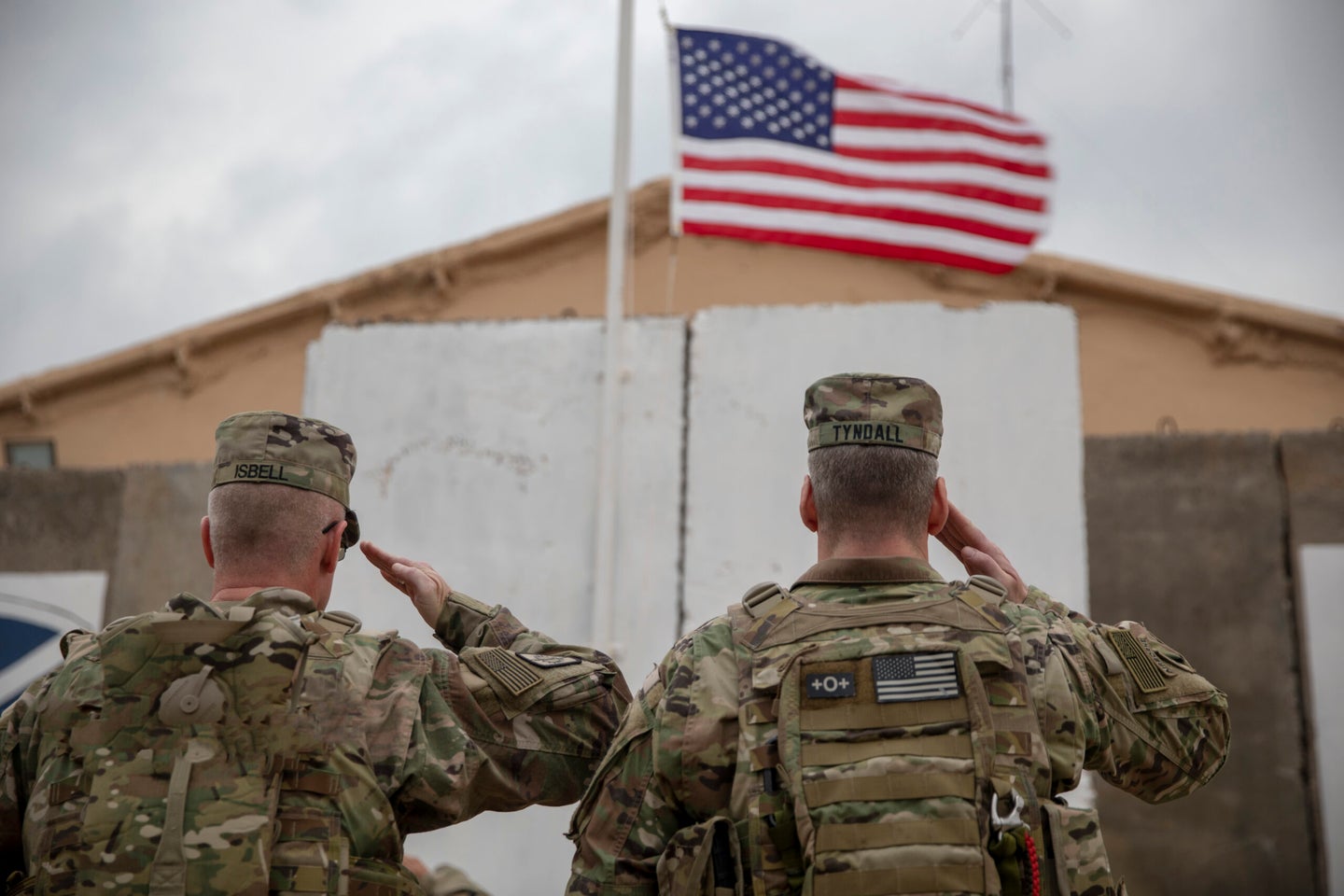 President Joe Biden said last week that by the close of this year, the United States will no longer have a “combat mission” in Iraq. After 18 years, the war in Iraq will finally be over. Or maybe it will simply be scaled down and shoved out of the public eye until a near-inevitable re-escalation.

This is the third end to a U.S. military intervention Biden has announced in just half a year in office. Going by the headlines, he’s effectively overhauling U.S. foreign policy for the first time in a generation, actually accomplishing the conclusion of “forever wars” promised but never delivered by his two immediate predecessors, former Presidents Donald Trump and Barack Obama. But read past those headlines with the first two announcements and a rather different pattern emerges.

In early February, Biden said the United States would no longer support “offensive operations” of the Saudi-led coalition intervention in Yemen’s civil war. Though he specified that would include halting “relevant arms sales,” Biden’s statement was light on detail, and six months later, his administration has never clarified exactly what U.S. backing was discontinued, what was retained, and what qualifies here as an offensive operation. The Biden team even declined to answer those crucial questions when they were posed by lawmakers from his own party: A letter from some congressional Democrats went unanswered for months, and when the reply finally came, it ignored nearly everything they’d asked—including the key question of whether Washington will supply the Saudi navy, whose multi-year blockade is helping to starve Yemeni children to death.

None of this is to say Biden did nothing with U.S.-Yemen policy—on the contrary, there’s some reason to think his drawdown there may hasten Saudi withdrawal. But to say he “ended” U.S. involvement in Yemen’s civil war isn’t exactly accurate either.

The same is true of Biden’s ostensible end to the U.S. war in Afghanistan. Our ground troops are leaving, but it’s a stretch to say the 20-year American military intervention will be over. As The New York Times reported in April, when “declared” combat forces leave, “the United States will most likely rely on a shadowy combination of clandestine Special Operations forces, Pentagon contractors, and covert intelligence operatives.” In fact, some contractors in Afghanistan are reportedly hiring for new positions. Airstrikes, which are a form of warfare despite how they’re treated in our political discourse, show every sign of continuing, and The Wall Street Journal reported in May that the Pentagon was exploring options to move troops previously stationed in Afghanistan to “nearby countries [or] more distant Arab Gulf emirates and Navy ships at sea.” Chairman of the Joint Chiefs of Staff Gen. Mark Milley has indicated U.S. training of Afghan forces may continue, simply moving to one of those new locations.

As with Yemen, Biden’s plans in Afghanistan aren’t nothing. But neither are they a conclusive end to the U.S. role in this conflict—and his agenda for Iraq appears to follow the same pattern.

If anything, Biden’s shift in Iraq looks to be less significant than that in Afghanistan. The combat mission will formally finish, but “[i]t is not yet clear whether the current force of about 2,500 will get much smaller,” The Washington Post notes. Sources told Politico the announcement is “more of a symbolic gesture than a concrete shift,” a “game of appearances more than substance,” and “a bit of theater.” Marine Gen. Frank McKenzie, commander of U.S. Central Command, said earlier this year that the United States is “going to stay in Iraq,” and in every meaningful sense, it looks like his forecast remains correct.

And whether it’s dubbed “combat” or not, the risk that continued presence poses is the same. It’s the risk that was realized after the Obama administration—of which Biden, of course, was a part—“brought an end to the combat mission in Iraq” in 2011: re-escalation.

Maintaining a U.S. military intervention in Iraq, whatever it’s called, keeps U.S. forces in harm’s way. It gives U.S. enemies a chance to fight us, which means it potentially leads to a new reason for us to fight them. It keeps the door open to scaling back up everything Biden is now scaling down. It puts the war on the back burner, but it doesn’t turn off the stove. Forever war keeps on simmering, and it could all too easily boil again.

Bonnie Kristian is a fellow at Defense Priorities, contributing editor at The Week, and columnist at Christianity Today. Her writing has also appeared at CNN, NBC, USA Today, the Los Angeles Times, and Defense One, among other outlets.