Iraq to the future: How Trump’s Syria reversal reflects the unlearned lessons of America’s forever wars

America's Kurdish allies will now find themselves at the mercy of Erdoğan, a man who labeled "the world's largest stateless nation" as a terrorist insurgency that threatens his iron fist. 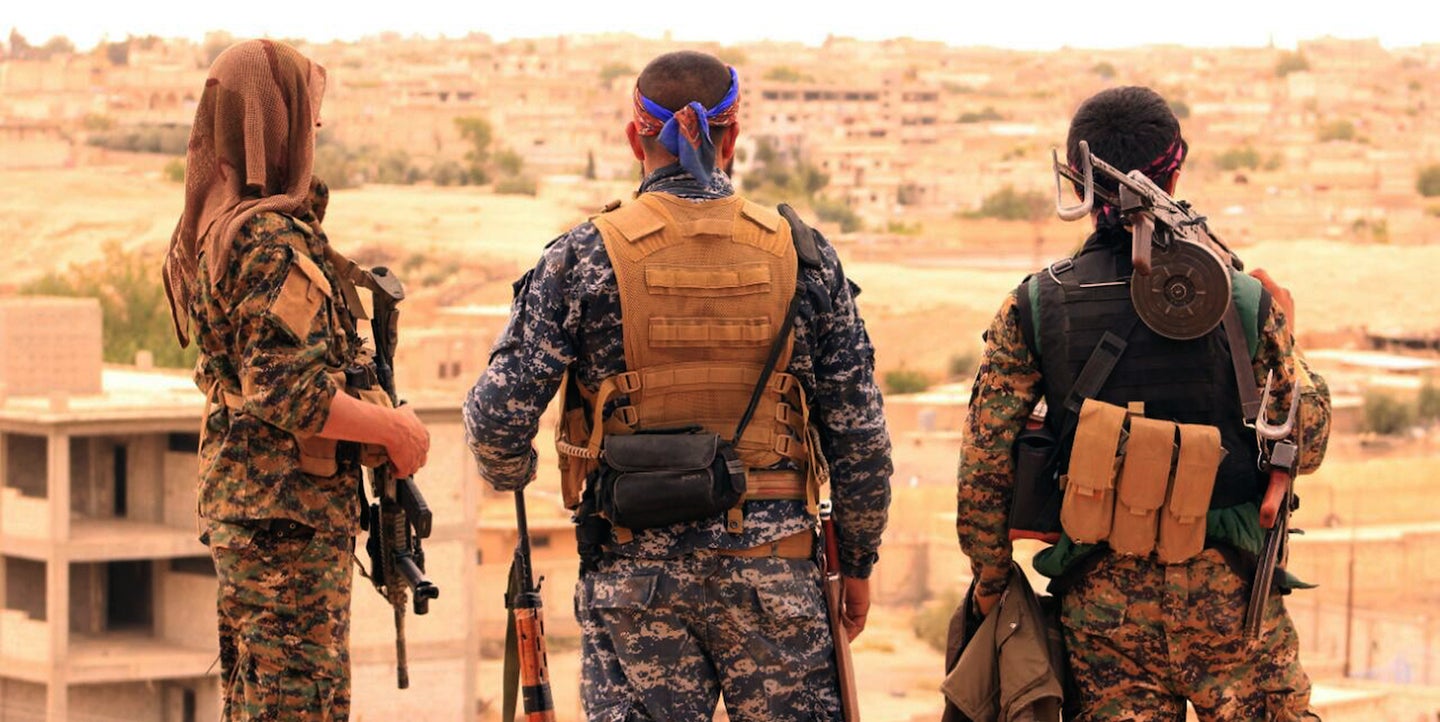 The text was purposefully benign, according to Slocombe, because “There was no intact Iraqi force to ‘disband'” in the first place. For Slocombe and Bremer, the order was more a symbolic demolishment of Hussein’s legacy — a demonstration, in Bremer’s own words, “that neither Saddam nor his gang is coming back.”

Now, more than 15 years later, Coalition Provisional Authority Order Number 2 (CPA Order 2, for short) is widely seen as one of the U.S.’s biggest blunders in Iraq, a hasty decision that led us right to the current “Forever War” predicament. And, with President Donald Trump’s surprise withdrawal of U.S. forces from northern Syria on Monday, the lessons of the decree remain unheeded and unlearned.

The last remaining U.S. military forces drove across the Iraqi border per the Iraq and U.S. 2008 Security Agreement that required all U.S. service members to be out of the country by Dec. 31, 2011.

The U.S. on Monday announced the withdrawal of forces from northeast Syria in favor of a joint U.S.-Turkish “security mechanism” based on continued U.S. control over Syrian airspace. As my Task & Purpose colleague Jeff Schogol rightfully pointed out, the decision marks the second time that Trump has apparently taken his cues on U.S. military involvement in Syria from Turkish President Recep Tayyip Erdoğan.

“Turkey, Europe, Syria, Iran, Iraq, Russia and the Kurds will now have to figure the situation out, and what they want to do with the captured ISIS fighters in their ‘neighborhood,'” Trump tweeted on Monday before apparently warning Turkey against any operation against the Kurds: “If Turkey does anything that I, in my great and unmatched wisdom, consider to be off limits, I will totally destroy and obliterate the Economy of Turkey (I’ve done before!).”

Trump’s surprise withdrawal echoes the mistakes made in Iraq. CPA Order 2 forced the U.S. and its coalition partners to reconstitute Iraq’s national security forces from the ground up without the benefit of institutional knowledge, culture and discipline, resulting not just in an impotent and corrupt security infrastructure but a resurgence in sectarian tensions that eventually gave rise to — you guessed it — ISIS.

“Within one week the CPA had disenfranchised at least 450,000 people. Of those, 400,000 were Iraqi soldiers,” Marine Col. Rob Weiler astutely observed after spending five years in post-invasion Iraq. Many of those veterans wound up joining ISIS: After all, Weiler noted, the former Iraqi army “felt humiliated, deceived, and in a powerless situation to set a course for their future and care for their families. Unemployed and infuriated, they turned to other outlets to demonstrate their displeasure.”

What’s to say that won’t happen again in Syria, where America’s Kurdish allies will now find themselves at the mercy of Erdoğan, a man who labeled “the world’s largest stateless nation” as a terrorist insurgency that threatens his iron fist? It’s not unreasonable to think many of those abandoned Kurds — screwed for the eighth time by their ostensible allies in Washington — will prove fertile ground for ISIS recruitment just as they have in the past.

The Kurds are also responsible for keeping ISIS contained in a relatively small regional stronghold.

But Trump’s support for a Turkish military sweep of the area means that one of the principal gatekeepers against ISIS just grew a lot more vulnerable. And this comes at the worst possible time: According to Pentagon data released in late 2018, ISIS had an estimated 30,000 fighters spread across Iraq and Syria — just as many as at the height of its physical caliphate. Without Kurdish forces holding the line, it’s unclear how quickly ISIS fighters may attempt to reassert themselves in its former territorial footholds.

Ever since the destruction of its formal caliphate, ISIS has been biding it time for a bloody comeback. Afghanistan, once again a playground for the Taliban, is one such place; Iraq, still suffering the scars of CPA Order 2, is another. Trump’s sudden decision on the U.S. troop presence in Syria threatens to create yet another window for ISIS to survive and thrive — and, nearly two decades after the U.S. invaded Afghanistan, it offers a dismal reminder that American leaders have failed to internalize the nation-building lessons of the last two decades.