Former Defense Secretary Jim Mattis is warning that it's "absolutely a given" that ISIS will come back if the U.S. doesn't keep up pressure on the group, a week after President Trump announced the withdrawal of U.S. military forces from northern Syria. 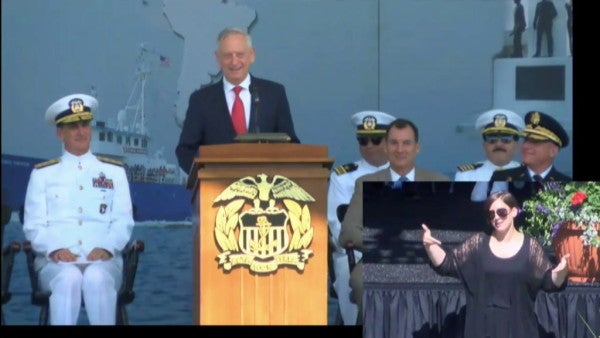 Former Defense Secretary Jim Mattis is warning that it's “absolutely a given” that ISIS will come back if the U.S. doesn't keep up pressure on the group, just one week after President Trump announced the withdrawal of U.S. military forces from northern Syria.

“It's in a situation of disarray right now. Obviously the Kurds are adapting to the Turkish attacks, and we'll have to see if they're able to maintain the fight against ISIS,” Mattis said in an interview on NBC's “Meet The Press,” set to air on Sunday. “It's going to have an impact. The question is how much?”

“I think Secretary of State Pompeo, the intelligence services, the foreign countries that were working with us have it about right, that ISIS is not defeated. We have got to keep the pressure on ISIS so they don't recover,” Mattis added.

Trump has come under harsh criticism among military professionals and lawmakers on both sides of the aisle, some of whom have questioned Trump's apparent “abandonment” of Kurdish allies who bore the brunt of the fight against ISIS, suffering nearly 11,000 casualties in the process.

“This policy abandonment threatens to undo five years' worth of fighting against ISIS and will severely damage American credibility and reliability in any future fights where we need strong allies,” wrote retired Army Gen. Joseph Votel, former commander of U.S. Central Command, in a recent op-ed for Defense One.

Turkey launched its planned incursion into Syria on Tuesday, seizing villages and dropping aerial bombs and artillery on Kurdish positions. At least 30 civilians have been killed, and roughly 100,000 have been displaced so far, according to human rights organizations.

“We may want a war over. We may even declare it over. You can pull your troops out, as President Obama learned the hard way, out of Iraq,” Mattis said. “But the enemy gets a vote — we say in the military — and in this case, if we don't keep the pressure on, ISIS will resurge. It's absolutely a given that they will come back.”

Mattis resigned in Dec. 2018 after Trump said the U.S. had “defeated ISIS in Syria” before ordering a “rapid withdrawal” of U.S. troops there. The order was later slow-rolled and walked back, but not before Mattis wrote a resignation letter to the president chiding him about “treating allies with respect and also being clear-eyed about both malign actors and strategic competitors,” based on his four decades of military service.