They deploy on average every 8 days. 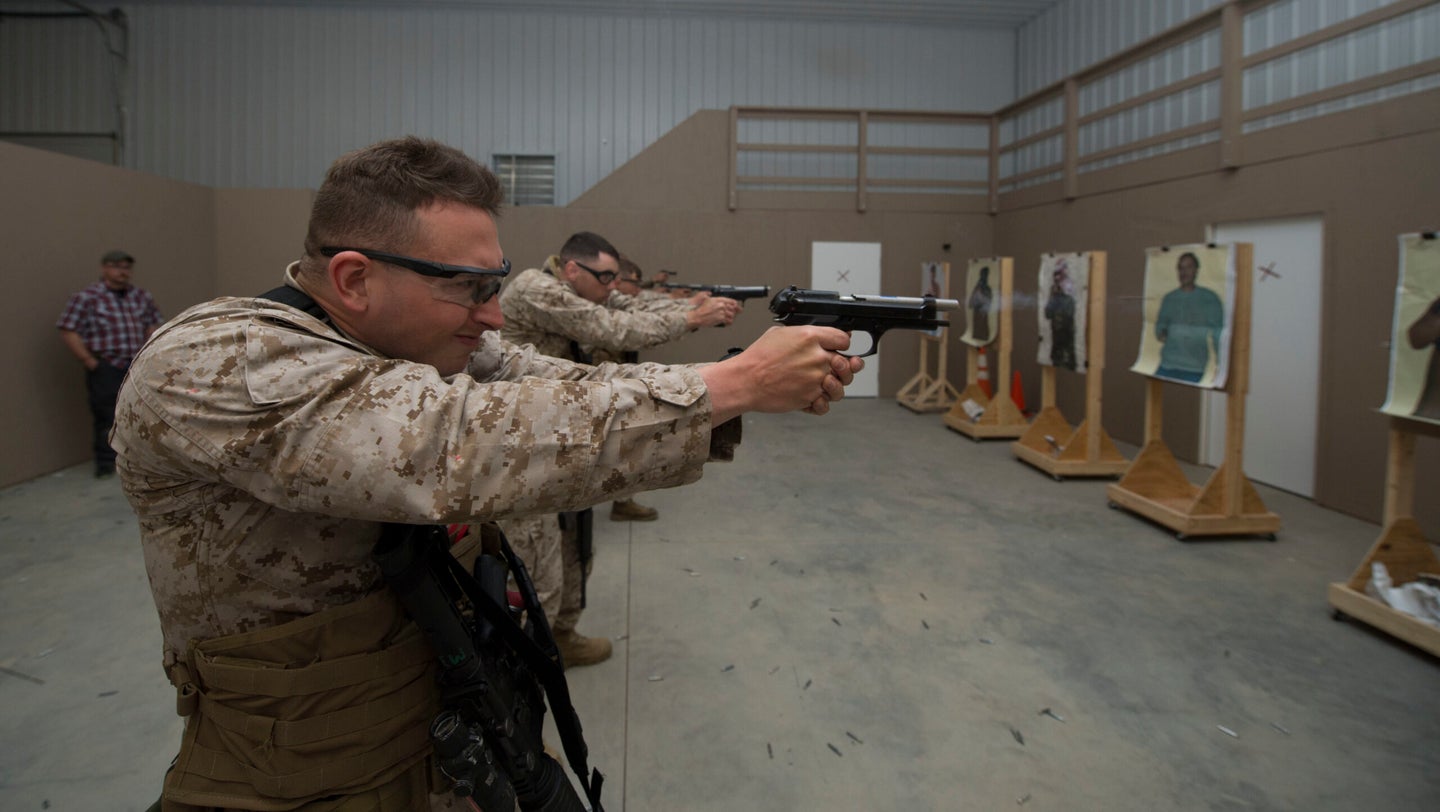 When U.S. Marine Security Guards at American embassies around the world need backup, they call on the Marine Security Augmentation Unit. And in the past 30 days, the quick reaction force has responded to that call twice to protect embassies in Africa and the Caribbean.

“Everywhere we have an embassy, we can reinforce it with what we call an MSAU team,” Lt. Gen. Ronald Bailey said in a 2014 video. “It consists of about a squad size of Marines that can break down into teams and go out and reinforce an embassy all around the world.”

On June 30, a team of 13 Marines deployed on short notice from Quantico, Virginia to the U.S. Embassy in Eswatini amid pro-democracy protests in the small African nation, as Haley Britzky reported. They provided backup to Marine security guards already on the scene after thousands of citizens flooded the streets to protest King Mswati III, who has lived in the lap of luxury as many of his citizens starve.

Then on July 16, a Marine security augmentation unit was sent to the U.S. Embassy in Port-Au-Prince, Haiti, “out of an abundance of caution” after the assassination of Haitian President Jovenel Moïse, officials said. The impoverished Caribbean nation also saw Marines deploy in 2018.

The Marine Security Augmentation Unit’s latest deployment to Haiti marked its 107th mission since it was established in 2013. Their primary mission is to protect diplomatic and consular facilities facing an increased threat and they receive specialized training beyond their counterparts serving at embassies.

Created in the wake of the 2012 attack on U.S. diplomatic facilities in Benghazi, Libya, that left a U.S. Ambassador and three other Americans dead, the MSAU currently consists of about 145 Marines from various military occupational specialties. They first go through training at Marine Security Guard School in Quantico, Virginia for six weeks where they learn the ins and outs of embassy duty and qualify with the Glock 19 pistol, the short-barrelled MK18 carbine rifle, and M870 shotgun. They are typically assigned first as guards overseas before they are recommended for MSAU duty by region commanders.

“Marines assigned to duty at MSAU are screened by Marine Corps Embassy Security Group Headquarters for performance, decision making, and leadership and tactical skills,” said Capt. Andrew Wood, a Marine spokesman. “Once assigned to the unit, the MSAU staff assess each Marine’s ability and provide advanced training in MSG and Diplomatic Security skills.”

Though Wood did not elaborate on the specifics of that training, he said MSAU Marines are armed with the M27 infantry automatic rifle and conduct “proficiency-fire” with many other U.S. and foreign weapons. They also practice room clearing and receive extra medical training, according to publicly-released photos. As soon as they join the ranks, they can expect to experience a high operational tempo, as the unit has been deployed on average every eight days since it was formed.

Aside from these latest deployments, officials noted that MSAU Marines were on the ground on the first anniversary of the Benghazi attack in 2013 and supported “multiple sites” including the ambassador’s residence in Bangkok, Thailand amid political instability in 2014.  U.S. Ambassadors, chiefs of mission, or regional security officers can directly request their support, according to Marine Corps Times.

Marines in Bangkok saw thousands protest in front of the facilities and “stood ready to repel intruders” if a breach occurred, according to Wood, though he said local police prevented this from happening.

In 2016, about two dozen MSAU Marines relieved an Army battalion in reinforcing the embassy in Juba, South Sudan, amid deadly clashes between rival groups. “The situation on the ground, while still volatile, had settled to the point where the [Army troops] could depart,” Wood said. “MSAU remained in Juba for over six months.”

Although the unit often travels by air, MSAU had to improvise during “Yellow Vest” protests in Paris, France in 2017. After rioters forced international airports to shut down, the Marines were flown to a neighboring country and then driven to the Paris embassy, the oldest U.S. diplomatic outpost.