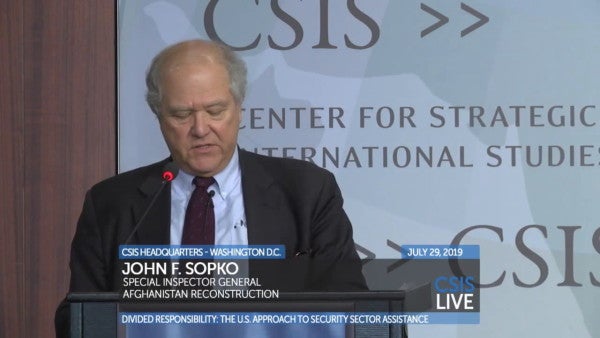 After years of trying to get rid of him, the Marine Corps may have to keep Maj. Jason Brezler, who warned Marines in Afghanistan about a corrupt police chief, whose boy servant subsequently killed three Marines in a 2012 insider attack.

A board of inquiry recently decided to retain Brezler, his civilian attorney Michael Bowe told Task & Purpose on Tuesday. Brezler is currently in the Inactive Ready Reserve, but he is trying to join a Select Reserve unit.

Retired Marine Gen. John Kelly, former White House chief of staff, and retired Lt. Gen. Lawrence Nicholson, whom Brezler served under in Afghanistan, both testified on Brezler's behalf at the panel, which made its decision on Aug. 9, Bowe said.

“For seven years, Jason has fought for one reason: He loves the Marine Corps and wants to continue to contribute,” Bowe said. “This was the right result from a panel of senior Marines Corps officers, all of whom came up to him after and expressed their support.”

However, the panel faulted Brezler for failing to properly discharge the duties expected of an officer of his grade and experience” for mishandling classified information in Afghanistan and the United States, according to the board of inquiry's findings and recommendations worksheet.

On July 24, 2012, Brezler used his personal email account to send classified information as part of his warning about the Afghan police chief, Sarwar Jan, who had recently arrived at Forward Operating Base Delhi, Afghanistan. On Aug. 10, 2012, one of Sarwar's servants, whom a federal judge would later describe as a “sex slave,” killed three Marines on the base.

Brezler was subsequently relieved of command for improperly sending the classified information; he received an unfavorable fitness report; and he was referred to a board of inquiry in December 2013, which recommended he be discharged.

Three years later, U.S. District Judge Joseph Bianco in New York reversed that panel's decision, ruling the Marine Corps had not provided Brezler's defense any evidence that Corps officials planned to refer Brezler to a board of inquiry prior to an August 2013 Marine Corps Times story about Brezler seeking help from Rep. Peter King (R-N.Y.), which raised the ire of then-Commandant Marine Gen. James Amos.

Currently, Brezler is nearing the end of the maximum time he can remain in the Marine Corps at his current rank, said Bowe, who added he would pursue “administrative remedies” to allow his client to continue serving.