"The role of Senior Trial Counsel at RLSO SW will now be filled by Cmdr. Phil Hamon," a spokesman said. 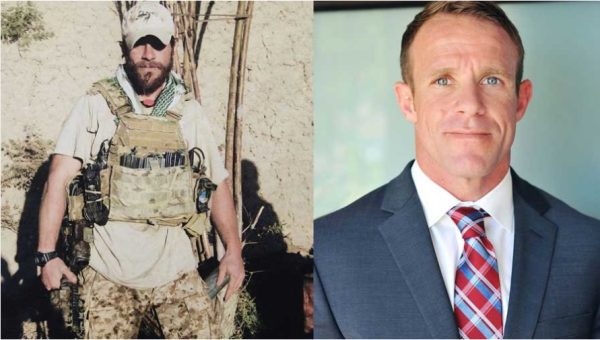 The Navy has reassigned the lead prosecutor who was caught in an email spying debacle prior to the Eddie Gallagher trial that resulted in the judge removing him from the case.

“The role of Senior Trial Counsel at RLSO SW will now be filled by Cmdr. Phil Hamon,” Dorsey added.

Hamon, a Navy officer since 2000, had been serving with Naval Surface Force Pacific at Coronado, California since June 2018, according to an official bio.

Czaplak's reassignment to the Washington Navy Yard comes days after the Navy ordered a “comprehensive review” of the Judge Advocate General's Corps on Aug. 1. Though the Navy's announcement said Czaplak was “reassigned,” the move is clearly a demotion to what appears to be a desk job following a stint as the top Navy prosecutor in San Diego.

The JAG's Technology, Operations, & Plans Division “provides policy guidance, statistical research and analysis, and information technology (IT) resources, management, and assets in support of daily operations, ensuring that such IT assets are available, interoperable, and secure, and meet mission requirements,” according to its website.

The removal of Czaplak from the Gallagher case came in response to a defense motion in May seeking his ouster prior to trial, after defense attorneys learned that an NCIS investigation into media leaks in the case had involved him sending emails to defense attorneys and a Navy Times reporter without obtaining a warrant.

The emails had some kind of tracking software hidden in Czaplak's signature block, which was discovered almost immediately.

“The court concludes that the matter related to Cmdr. Czaplak's participation in the NCIS operation may reasonably create a conflict requiring his withdrawal under due process,” Capt. Aaron Rugh, the judge, said in a June ruling on the issue, which removed him from the case.

“While it is not within the purview of this court to conclude whether the actions of a trial counsel violated the rules of professional responsibility, the court must determine whether the fear of or potential danger of a professional responsibility complaint and follow up investigation is sufficient to create such a conflict. Conceding that this area remains both nuanced and unresolved under the ethical rules, still the court concludes that the danger of investigation is sufficiently real that any trial counsel so situated might be motivated by factors unrelated to his position as trial counsel.”

In addition to the sudden departure of Czaplak, the Navy on Monday relieved the RLSO commanding officer 14 days ahead of schedule in what it called an “accelerated change of command ceremony,” according to Navy Times.

Czaplak did not immediately respond to a request for comment from Task & Purpose.

Jeremiah Sullivan, an attorney who received the tracking code sent by Czaplak while working on a companion case, declined to comment.

Tim Parlatore, a civilian attorney for Gallagher, told Task & Purpose in a statement Czaplak “should have been fired the moment his illegal conduct” was confirmed by the court.

“While it is a good step to ensure that he can no longer participate directly in prosecutorial misconduct, it is a bit disconcerting that the officer who conducts an illegal email spying operation is now reassigned to a unit that is responsible for 'Oversight and governance of IT Assets,'” Parlatore added.