"USAREC has initiated an inquiry into this matter." 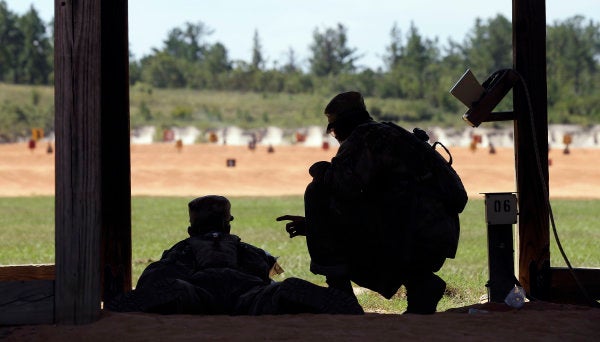 The Army is investigating a situation surrounding a 19-year-old's recruitment, including claims that his recruiter encouraged him to hide his autism diagnosis.

First reported by Army Times, Garrison Horsley and his father allege that an Army recruiter “encouraged him to hide potentially disqualifying factors in order to enlist as a human resources specialist.” Horsley has high-functioning autism and congenital arm disorder that limits the movement in his left arm, Army Times reports; he was also being treated for “a mild episode of recurrent depressive disorder.”

According to the initial Army Times report “applicants with autism spectrum disorders are automatically disqualified, per Defense Department accession policy, though sometimes medical enlistment waivers are granted after a visit to a DoD behavioral health consultant.”

Lisa Ferguson, Army Recruiting Command (USAREC) spokeswoman, told Army Times that waivers are “considered on a case-by-case basis,” but that autism “isn't something normally waived if the diagnosis was appropriately given.” Horsely said he received a waiver for his arm disorder, which leaves his left arm 50% weaker than his right.

Horsley said he was contacted by an Army recruiter from Twin Falls, Idaho — Staff Sgt. Jeffrey Gaunya — earlier this year, according to text messages received by Army Times. In the text messages, Horsley tells the number that identifies itself as Gaunya that he doesn't know if he's “even able to join,” because he was turned down by the Navy because he has Aspergers Syndrome.

“Does that disqualify me from the Army?” Horsley says in the text messages.

“Hey man just give me a call when you can,” Gaunya appears to respond.

Kelli Bland, a spokeswoman for USAREC, told Task & Purpose that it's not uncommon for recruiters to want to move conversations about personal details out of texting, and discuss it over the phone.

“Recruiters are trained to prevent the disclosure of personally identifiable information,” Bland said. “This means having conversations about an applicant's personal history over the phone or in person rather than over unsecure channels, such as texting and social media.”

In August, Horsley reported for basic training camp at Fort Jackson, South Carolina. He got through medical screenings — he said doctors at Military Entrance Processing Command never brought up his Aspergers diagnosis or the anxiety medication he was taking, “even though it was documented in his civilian medical records,” per Army Times.

Horsley says he kept everything to himself, until the “moment of truth,” when recruits have their last opportunity to disclose anything they hadn't disclosed earlier. That's what he told officials that he was having anxiety attacks.

“They were just yelling and I was panicking,” Horsley told Army Times. “When we went to the moment of truth, I told them I have anxiety and they just kind of laughed in my face.”

His father told Army Times that he should have been more vocally opposed to his son's enlistment, but “could not understand why they were allowing it to proceed.”

Ferguson confirmed to Task & Purpose that USAREC “has initiated an inquiry into this matter.” Army Times reports that Ferguson said “appropriate action will be taken when all facts are known.”

Editor's note: This story has been updated to include comment from USAREC spokeswoman Kelli Bland.