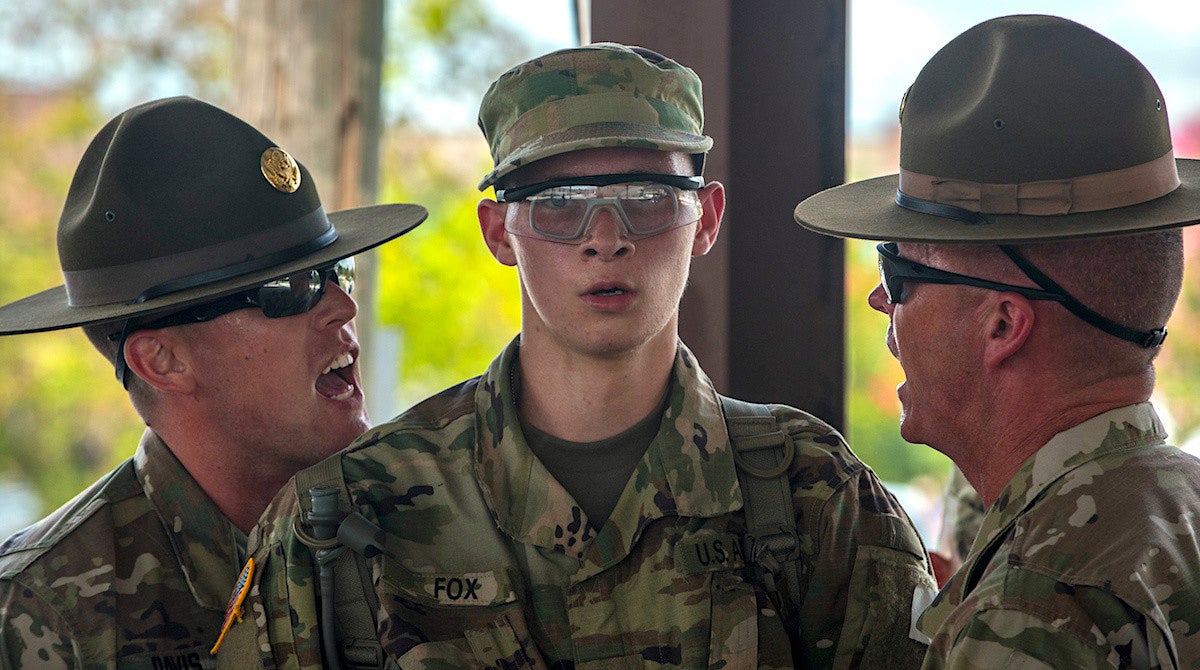 Despite the presence of about 50 cases of the novel coronavirus (COVID-19) at Fort Jackson, South Carolina, the Army plans to resume sending new recruits to basic training there next week, confident that additional measures will protect new soldiers.

The Army announced a two-week pause in shipping out recruits on April 6 meant to give commanders a chance to reassess their screening procedures.

Training didn’t stop, however, for the recruits who were already at basic: Gen. Paul Funk II, commander of Army Training and Doctrine Command, said earlier this month that trainees were social distancing and drill sergeants were conducting regular screening “to identify soldiers that need to be treated.”

On Thursday, Army leaders said that around 50 cases of COVID-19 were recently identified at Fort Jackson, one of the service's basic training locations.

“One training battalion in Fort Jackson, South Carolina, had about 50 — and had no more since then,” Army Secretary Ryan McCarthy told reporters on Thursday. “We’ve done pretty well overall, all things considered.”

Gen. James McConville, the Army Chief of Staff, said he visited Fort Jackson on Wednesday to see the “extensive measures” they’d put in place to screen new soldiers, adding that many of the cases at Fort Jackson were asymptomatic cases.

When the two-week pause was first announced, Funk explained the process which new recruits would go through, including repeated screening up to the day they ship out and a 14-day “controlled monitoring” quarantine period when they arrive.

During those two weeks, trainees will do “limited training,” Maj. Gen. Lonnie Hibbard, commander of the Center for Initial MilitaryTraining, added at the time, training which will primarily consist of academic work and fitness training.

“Once they get out of the controlled monitoring, and they’re now COVID-free, we can now move into the — from a walk phase of the academics, to the run phase of the collective training and the team-building aspects of basic combat training,” Hibbard said.

McConville said the goal is to “create a safety bubble” for “minimum exposure” to other soldiers.

“So if someone does become positive for COVID-19, it’s a very, very small amount of other soldiers that they may have infected,” he said. “And that’s how we’ll keep the spread of the virus down.”