'We cannot telecommute to combat' 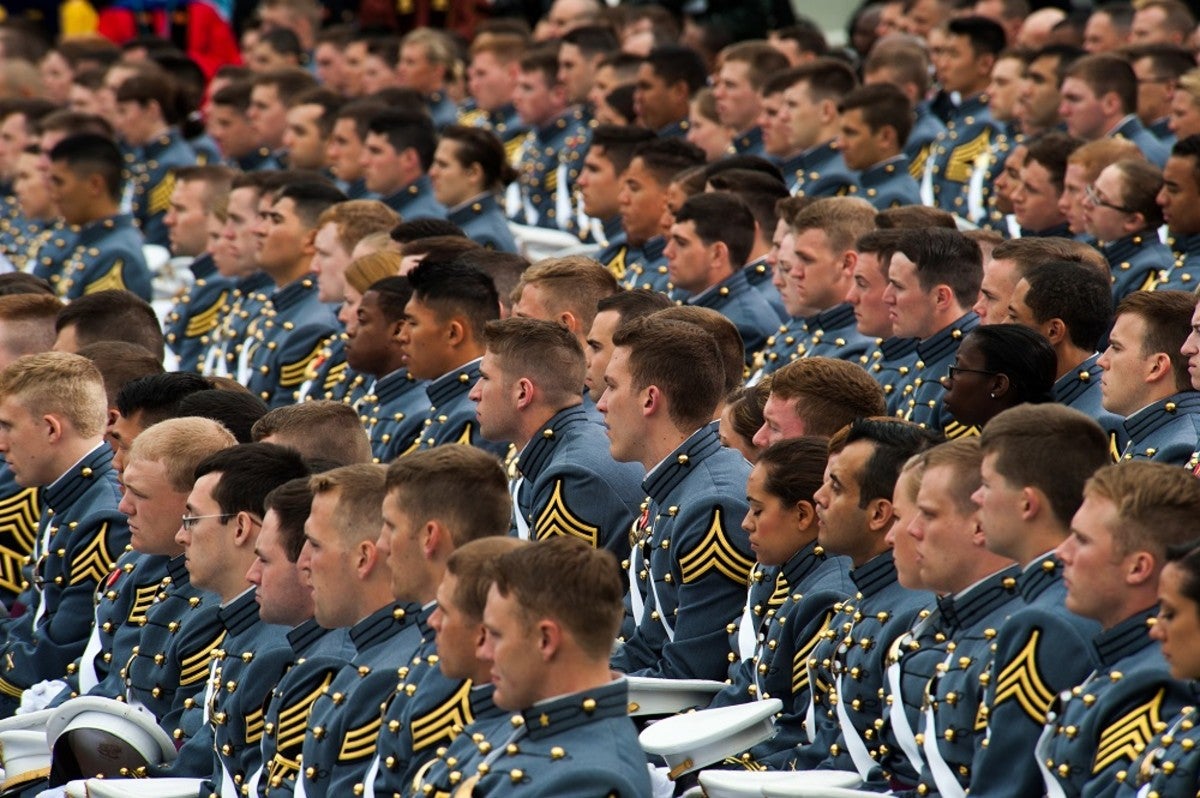 While the Coast Guard Academy is able to hold a virtual graduation this year, the Army is either unwilling or unable to use technology to protect graduating West Point cadets from the novel coronavirus (COVID-19).

President Donald Trump is expected to speak at the U.S. Military Academy in West Point, New York, for the academy’s June 13 graduation ceremony, which will require 1,000 cadets to return to the epicenter of the COVID-19 outbreak for exactly the type of large gathering that the Defense Department has told commanders to avoid.

Speaking to reporters on Thursday, Army officials claimed with a straight face there is simply no alternative to having the graduating seniors return to campus before proceeding to their next assignments.

“We have to bring the cadets back to West Point to begin the process of he physicals they need to take, all of the clearance procedures; to clear barracks, to get their personal items,” Army Secretary Ryan McCarthy said during a Pentagon news briefing. “They have to come back to the academy to begin the process of becoming second lieutenants and to report to their first assignments.”

McCarthy did not explain why the cadets’ personal belongings cannot be mailed to them or why they have to be physically present on campus to take their physicals and meet other requirements.

West Point’s superintendent, Lt. Gen. Darryl Williams, insisted that the graduating cadets need to undergo a series of medical tasks “that can only be done at the United States Military Academy.”

When a reporter asked if the medical processing could be done elsewhere, Williams replied: “No, sir.”

Williams stressed that all of the graduating cadets will receive COVID-19 tests and be quarantined prior to graduation to keep both them and their parents safe. The cadets will also be divided into five cohorts, which will not intermingle before the ceremony.

Despite being asked repeatedly by reporters, Army officials would not say if cadets who refuse to return to campus for the graduation will be disciplined.

“We will take each case separately, case by case,” Williams said. “I’m not going to make a blanket statement like that in terms of discipline. I am confident that our cadets will come back and graduate.”

The service academies have responded to the coronavirus threat in different ways. The U.S. Naval Academy at Annapolis, Maryland, has decided to commission roughly 1,000 midshipmen over the course of 10 days, according to  The Capital newspaper. They will be commissioned in five batches of roughly 200 midshipmen each.

The U.S. Air Force Academy in Colorado Springs moved up its graduation date from May 28 to April 18 and made sure each cadet was at least 6 feet away from each other.

Army Chief of Staff Gen. James McConville noted that soldiers will have to live, train, and operate despite the COVID-19 threat for a while. That is why West Point’s graduation could not be held virtually, he said.

UPDATE: This story was updated on May 1 with information on how the U.S. Naval Academy plans to commission midshipmen.