One soldier has been charged with involuntary manslaughter, negligent homicide, and more in relation to a vehicle rollover that killed one West Point cadet and injured 21 other people 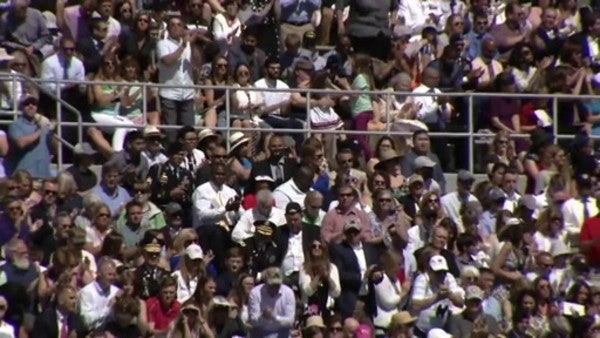 A soldier has been charged in relation to a vehicle rollover at West Point that left one cadet dead and 21 others injured, Task & Purpose has confirmed.

The charges against Strong include one specification of involuntary manslaughter, reckless operation of a vehicle, negligent homicide, and prevention of authorized seizure of property, as well as two specifications of dereliction of duty.

According to Husted, Strong is currently awaiting a preliminary Article 32 hearing, which is scheduled for mid-October.

“The incident remains under investigation and at this point the command has not yet made a decision whether the charges will be referred to a court-martial; that decision won't be made until after the Article 32 hearing is complete,” Husted said.

Aerial footage of the vehicle involved in the June 6, 2019 rollover at West Point that left one cadet dead and 21 others injured.(NBC News screenshot)

Cadet Christopher J. Morgan, 22, was a rising senior at the U.S. Military Academy when he died of injuries sustained in a Light Medical Tactical Vehicle rollover in June on the way to a land navigation course.

Two soldiers and 19 other cadets were injured.