The refunds were the result of a "multi-year internal review of millions of VA-backed home loans spanning almost two decades," the department said in a statement 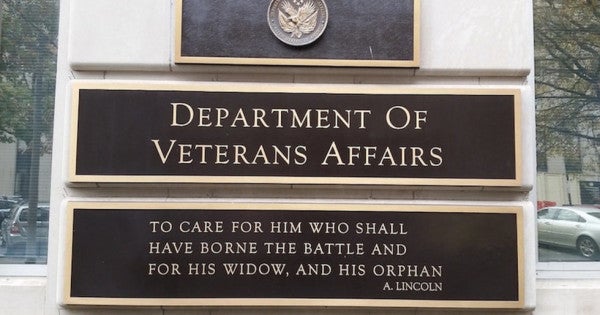 The Department of Veterans Affairs refunded $400 million dollars to vets due to mistaken home loan funding fees, the VA announced on Tuesday.

The refunds were the result of a “multi-year internal review of millions of VA-backed home loans spanning almost two decades,” the department said in a statement.

As Military Times' Leo Shane pointed out, the refunds came after a VA Inspector General report found that tens of thousands of veterans were incorrectly slapped with home loan funding fees when they should have been exempt.

To use a VA Home Loan, vets and service members have to pay a VA funding fee, which ranges in cost based on the size of the loan. However, veterans who receive disability compensation for a service-connected disability are exempt from the fee.

The VA's Loan Guaranty Service identified more than 130,000 loans where a refund was potentially warranted for reasons ranging from clerical errors to changes in a veteran's disability rating.

Letters were sent out to veterans who are eligible for a refund.

“VA staff worked diligently throughout the summer reviewing 130,000 cases, which is an average of 16,000 loans reviewed per week,” Veterans Affairs Secretary Robert Wilkie said in the statement. “This effort included loans dating back nearly 20 years. Our administration prioritized fixing the problems and paid veterans what they were owed.”

According to the VA statement, the department enacted several changes, including: policy guidelines directing Veterans Affairs employees to inquire about a vet's disability claim status during the loan underwriting process; as well as system and procedural changes to better identify vets that are eligible for fee waivers, so they can be notified that they won't have to pay the fee, or informed that they're entitled to a refund.

If you believe you are entitled to a refund for a VA home loan funding fee, you can call your regional VA Loan Center at (877) 827-3702 to find out if you're eligible.