“The numbers continue to accelerate, not only because many wars continue to be waged, but also because wars don’t end when soldiers come home." 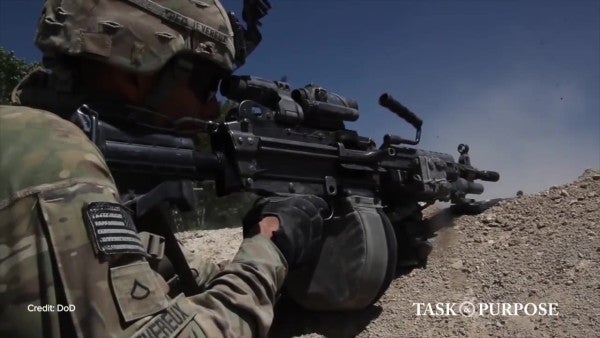 The number of people killed by the Global War on Terror now stands at 801,000, nearly half of which were likely civilians, according to new research conducted by Brown University's Costs of War project.

Though the numbers are staggering, it may not tell the whole story, researchers warn. Since the study only tallied the number of direct war deaths (including drone strikes and IEDs), the real death toll may be much higher. Indirect deaths, such as veteran suicides or deaths caused by lack of access to food, water, medicine and/or related infrastructure, remain uncounted; and some direct combat deaths just haven't been recorded, researchers said.

“Indeed, we may never know the total direct death toll in these wars,” Brown researchers observed in a 2018 paper. “For example, tens of thousands of civilians may have died in retaking Mosul and other cities from ISIS but their bodies have likely not been recovered.”

The Costs of War project explores the human, economic, environmental and cultural costs of America's longest-running conflict, which many veterans don't believe is worth fighting. Below is a run-down of some of the project's most recent research on the human and economic costs of America's post-9/11 wars abroad:

Of the 801,000 deaths, 42% are civilian, 22% are national military or police forces, and 32% are opposition fighters, which Brown cites as being anti-government fighters, “militants,” or “enemy fighters,” depending on the conflict and the data source being drawn from. Taken together, fallen American troops, workers hired by U.S. contractors and allied troops (including 11,000 Kurdish fighters killed fighting ISIS) make up 3.4% of the total.

$6.4 trillion plus interest: The toll of GWOT on the American economy

Though politicians of all stripes harp on the skyrocketing costs of GWOT, getting a bead on the exact economic costs of the conflict is a challenge, Brown researchers said. Disentangling the Pentagon's “base” costs from its war operations (Overseas Contingency Operations “OCO”) has become increasingly difficult, said researchers.

At the intersection of the human and economic costs of GWOT is the cost of caring for wounded veterans. Due to advances in medicine, service members are surviving more deployments and more grievous battlefield injuries than ever before, researchers said. While that decreases the overall cost of the war in terms of human life, it increases the long-term cost of caring for those veterans because it is so expensive to provide the complicated treatments they will require for the rest of their lives.