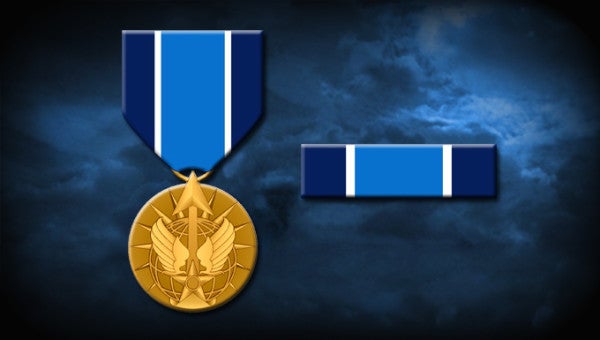 The service on Tuesday announced the criteria for the medal, called the RCECM, stipulating that airmen in these career fields who create or personally provide “direct combat effects from remote locations and lead to strategic outcomes or the delivery of lethal force” could be nominated to receive it, according to a news release.

“These airmen play a crucial role in every campaign we undertake, and this medal is for them,” Air Force Chief of Staff Gen. David Goldfein said in the release. Then-Air Force Secretary Heather Wilson established the award earlier this year.

The medal follows the Pentagon's award — the “R” device — for those with hands-on employment of a drone or other weapon system that directly impacts combat or military operations overseas.

The device's criteria were announced in 2017; it is retroactive to Jan. 7, 2016, when then-Defense Secretary Ash Carter announced changes to the military decorations and awards program.

But the R device and the Remote Combat Effects Campaign Medal are not the same, explained Capt. Carrie Volpe, an Air Force spokeswoman.

“The R device is higher up on the order of precedence and is affixed to a non-combat performance award to distinguish that the award was earned for direct hands-on employment of a weapon system” that had impact, Volpe said. For example, the R device could be worn on an Air Force Commendation Medal.

If an airman was in a non-deployed status but remotely participated in one of those operations, he or she could be awarded the RCECM, Volpe said. In some cases, airmen in other fields may be considered for the medal.

The Pentagon has grappled for years with how best to recognize airmen not physically in place for a battle or conflict. Officials previously weighed medals for drone operators and other intelligence-gathering airmen but were unable to come to a consensus.

Then-Defense Secretary Leon Panetta first introduced the remote impacts device in 2013 as the Distinguished Warfare Medal; the Pentagon ended up scrapping the idea at a time when critics viewed the award as the “Nintendo Medal.”

“Our remote operations community makes vital contributions to our national security and the security of our allies,” Goldfein said Tuesday.