Sen. Rand Paul wants to end the war in Afghanistan with a ‘victory bonus’ for all GWOT vets 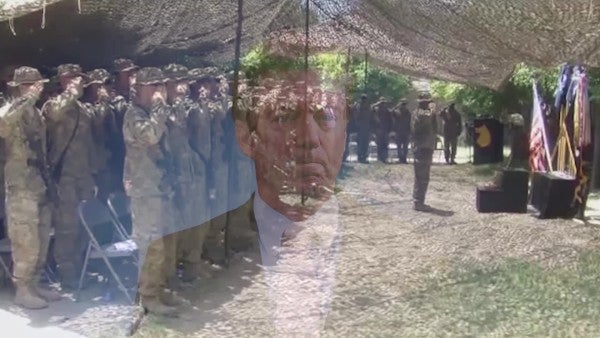 Republican Sen. Rand Paul thinks it's finally time to bring the 17-year-old military campaign in Afghanistan to a close — and that veterans of the Global War on Terror should get a fat stack of cash for their sacrifices.

On Tuesday, the Kentucky Republican announced his intent to introduce new legislation this week “to end a war that should have ended long ago” in a video message published to his Facebook page.

“I supported going to war in Afghanistan in 2001, attacking those who harbored the 9/11 terrorists or helped to organize the attack … and going after al-Qaeda,” Paul said. “But we are many, many years past that mission. We have turned to nation-building at the cost of more than $50 billion spent a year in Afghanistan.”

“It's important when to know to declare victory and leave a war,” he added. “I think that time is long past, but I think we can all agree that time has come.”

And that's exactly what Paul's new legislation, titled the AFGHAN Service Act, would do: declare “victory” in Afghanistan. After all, Paul says, “Osama bin Laden was killed eight years ago … [ and Pentagon officials] say al-Qaeda is nearly wiped out.”

In this July 17, 2018, file photo, Sen. Rand Paul, R-Ky., speaks during a television interview as he defends President Donald Trump and his Helsinki news conference with Russian President Vladimir Putin on Capitol Hill in Washington

According to Paul, the AFGHAN Service Act would pay out a so-called “victory bonus” of $2,500 to every U.S. service member, past or present, who served in the post-9/11 military campaigns that make up the Global War On Terror.

For 3 million U.S. service members who have deployed as part of the GWOT since 2001, that comes out to $7 billion, a fairly cheap “peace dividend,” as Paul put it.

Never mind the 2008 UN Security Council report that indicated that al-Qaeda's “military and explosives experts” hadn't perished, but simply decamped from Afghanistan for bloodier pastures in Syria, or that the Taliban currently has the upper hand in the ongoing peace negotiations with U.S. officials — the most important part of Paul's proposed legislation is some moolah for GWOT vets.

And for what it's worth, that victory bonus can buy around 160 24-packs of Rip-It on Amazon. Just sayin'.