President Donald Trump is expected to withdraw all U.S. troops from Afghanistan by the 2020 presidential election, NBC News reported... 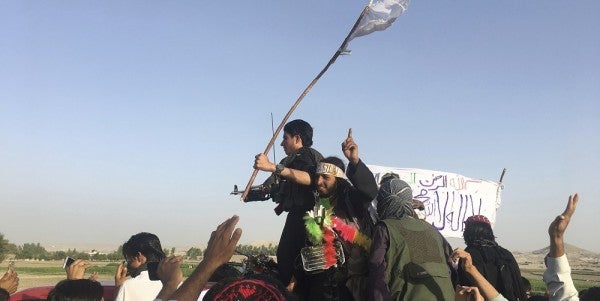 President Donald Trump is expected to withdraw all U.S. troops from Afghanistan by the 2020 presidential election, NBC News reported on Wednesday.

Zalmay Khalilzad, the U.S. special envoy to Afghanistan, is attempting to accelerate peace negotiations with the Taliban because top government officials believe Trump will soon end the U.S. military’s role there, according to NBC, which cited unnamed current and former U.S. officials.

As of Wednesday, the U.S. troops in Afghanistan have not been provided a time line for much longer their mission will last, said Army Maj. Bariki Mallya, a spokesman for Operation Resolute Support.

But that could change.

“Both the State Department and the Defense Department are acting like a drawdown is going to come sooner rather than later,” Thomas Joscelyn, a senior fellow at the Foundation for Defense of Democracies, told Task & Purpose.

Since the Taliban are only interested in evicting the U.S. from Afghanistan so they can reconquer the entire country, the war has been decided in their favor, Joscelyn said.

“We lost,” he said. “They won. This means that we lost the original 9/11 war. The negotiations are desperate, trying to save some face on the way to give us the appearance of leaving without losing, but the reality is that it is a loss.”

To underscore his point, Joscelyn pointed to the Taliban’s response to Afghan President Ashraf Ghani’s most recent offer for peace talks, in which they claim that any talks with the Afghan government would be “a waste of time.”

The Islamic Emirate, as a representative of the valiant Mujahid Afghan nation and as a sovereign entity, is fighting and negotiating with the American invades for the success of Jihad,” the statement from Taliban spokesman Zabihullah Mujahid says.

“We remain committed to a conditions-based strategy and we stand by the Afghan government as it seeks a political settlement to ending the war. Any follow-on questions on the president's future intentions need to be directed to the White House.”

The White House did not respond to a request for comment from Task & Purpose.

Defense Secretary James Mattis gave reporters on an optimistic appraisal of the peace process in Afghanistan, saying it is “picking up momentum.”

“We are going to do our level best to protect the Afghan people,” Mattis said. “The largest coalition in modern history to fight a war – under NATO 41 nations – and their devotion is to ending the war and protecting the Afghan people.

“It would be nice if the Taliban would get aligned with the reconciliation efforts and stop murdering their own people. But yeah, we’ll keep at it.”