Editor's Note: This article originally appeared on Radio Free Europe/Radio Free Liberty. A top commander of the Afghan Taliban has... 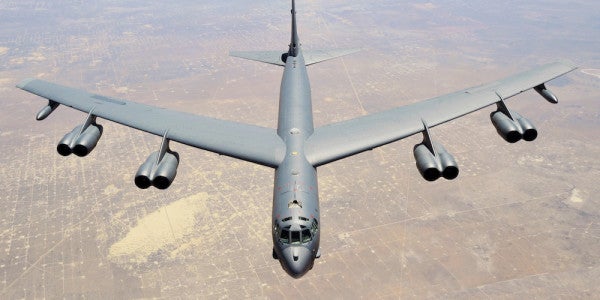 A top commander of the Afghan Taliban has been killed in the southern province of Helmand.

Provincial Governor Mohammad Yasin Khan told RFE/RL that Mullah Abdulmanan was killed along with four other militants in an air strike in the Nawzad district on December 1.

Mullah Abdulmanan was in charge of Helmand Province for the militants group.

His death was confirmed by Taliban spokesman Zabiullah Mujahid and by the U.S. military.

“They're going to have trouble intensifying the fight when their fighters and leaders are under constant assault,” Colonel Dave Butler, spokesman for U.S. Forces in Afghanistan, said in an e-mailed statement.

Talks to end the 17-year war in Afghanistan are “the only solution,” Butler added.

Afghan Interior Ministry spokesman Najib Danish described Mullah Abdulmanan as the Taliban movement’s top military leader in southern Afghanistan and his death as a major blow to the militants.

“His death will lower the moral of the enemy and result in improvement of security in Helmand and other southern provinces,” Danish said.

Taliban fighters increased their control over Helmand, the province that supplies the largest share of Afghanistan's opium crop, in the years following the withdrawal of most NATO combat troops in 2014.

Mullah Abdulmanan’s killing comes despite increased efforts by the Afghan government and its Western backers to put an end to the war in Afghanistan.

Last month, U.S. special envoy Zalmay Khalilzad held talks with the Taliban in Qatar as the administration of U.S. President Donald Trump stepped up efforts to settle the Afghan conflict.

And Afghan President Ashraf Ghani on November 28 laid out what he called a “roadmap” for peace talks with the Taliban and said his government had formed a 12-person team for the negotiations.

The militants have long refused U.S. demands to directly negotiate with the Western-backed government in Kabul, which has struggled to counter attacks from the militant group since 2014.

SEE ALSO: The US Dropped More Bombs On Afghanistan In 2018 Than Any Year In Over A Decade