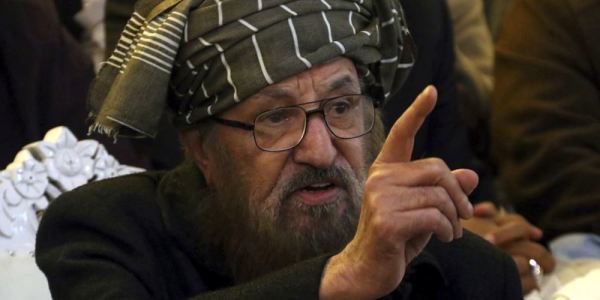 Officials and relatives say that Maulana Sami ul-Haq, a prominent Pakistani cleric known as the “father of the Taliban” for having taught some of the militant movement's leaders, has been killed in an apparent knife attack.

The country’s Interior Ministry announced Sami ul-Haq's death in a statement in the evening on November 2 and expressed condolences.

Local TV channel Geo News, quoted the cleric's son, Hamid ul-Haq, as saying he was stabbed to death by unidentified attackers at his home in the city of Rawalpindi, near the capital, Islamabad.

“My father was on his way to a sit-in protest in Islamabad. He returned to his house due to closure of roads and went to his bedroom. Later, he was found dead in a pool of blood,” Hamid ul-Haq told Geo News.

Police says that the motive behind the killing was not immediately known and no group has so far claimed responsibly for the attack.

The killing prompted scores of Sami ul-Haq's supporters to riot, damaging shops and vehicles in Islamabad and Rawalpindi. The cleric's family appealed to his followers to remain peaceful.

The madrasah is located in Khyber Pakhtunkhwa Province in Pakistan’s northwest.

One of his students from the 1980s, known later as Mullah Mohammad Omar, went on to found the Taliban, which seized power in Afghanistan in 1996 after years of chaos and civil war following the Soviet military's withdrawal.

Sami ul-Haq, who was in his 80s, was known as the father of the Afghan Taliban due to the immense influence and respect he enjoyed among the leaders of the militant group.

He was the head of his faction of the Jamiat-e-Ulema Islam party and was twice elected as a member of the Senate, the upper house of Pakistan's parliament.

Pakistani media reported that he had been aligned with the Pakistan Tehreek-i-Insaf Party during July 25 elections, which the party won.

Imran Khan, currently on an official visit to Beijing, condemned the killing and ordered an investigation, his office said in a statement.

In recent weeks, dozens of Afghan clerics had appealed to Sami ul-Haq to use his influence with Afghanistan's Taliban to help convince the militant group to begin peace negotiations.