US and Taliban peace delegates are both meeting in Pakistan

Both the U.S. and the Taliban are in town to talk with Pakistani officials, but it was not known if the U.S. and Taliban would themselves meet 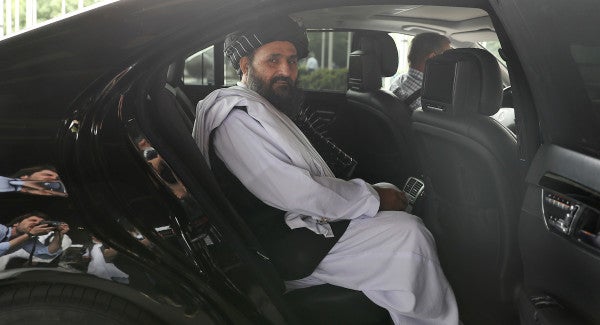 An Afghan Taliban delegation was due in Pakistan on October 2, the militant group said, as the U.S. special envoy for Afghan peace talks also met government officials there.

It was not known if the Taliban and U.S. official would meet

One of the group's founders, Mullah Abdul Ghani Baradar, said the delegation will discuss “important issues” with Pakistani officials in Islamabad, the country's capital.

In the early 1990s when the Taliban was established, Pakistan had supported the group during Afghanistan's civil war during that period.

It was reported that the delegation will inform the Pakistani leadership of the factors that led to peace talks collapsing with the United States.

Last month, U.S. President Donald Trump withdrew from a lengthy negotiation process whose main component was ending the nearly 18-year war in Afghanistan. One of its main clauses was for foreign troops to gradually withdraw in exchange for Taliban security guarantees, including not having the country be a haven for terrorist elements.

The Taliban also has plans to inquire about Pakistani Prime Minister Imran Khan's comments that he would try to get Trump to reenter talks with the insurgent group.

The visit comes days after Khan's address at the UN General Assembly session and his meeting with Trump.

Reuters reported that it wasn't clear whether a meeting with Khan would take place.

Meanwhile, an Afghan official said Taliban fighters have launched attacks in districts in and around Taluqan, the capital of northern province of Takhar.

Separately, the Afghan Interior Ministry reported on October 2 that six people, including two children, were killed and another two were wounded in a roadside bomb explosion in Afghanistan's eastern Kapisa Province.

Improvised explosive devices accounted for 20 percent of all civilian casualties in the first six months of the year, according to a report by the United Nations Assistance Mission in Afghanistan published late July.