The Afghan government has released three key Taliban prisoners, including Anas Haqqani, the younger brother of Sirajjuddin Haqqani, the leader of the Haqqani network, in exchange for two professors of the American University of Afgahnistan in Kabul, Afghan President Ashraf Ghani has announced. 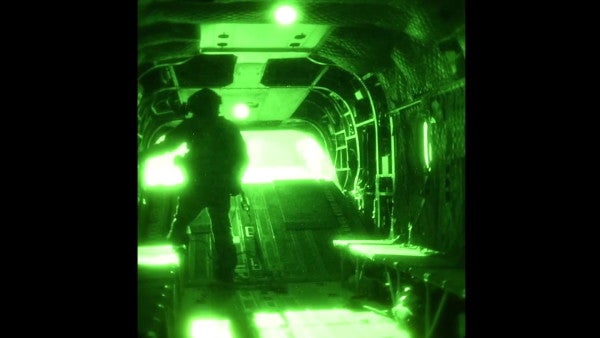 KABUL — The Afghan government has released three key Taliban prisoners, including Anas Haqqani, the younger brother of Sirajjuddin Haqqani, the leader of the Haqqani network, in exchange for two professors of the American University of Afgahnistan in Kabul, Afghan President Ashraf Ghani has announced.

The prisoners were released on November 12 from Bagram prison, Ghani said in a live press conference the same day.

Ahead of the release, Ghani said the prisoners would only be freed if the Taliban in turn released American Kevin King and Australian Timothy Weeks, who were abducted three years ago.

“Our joint effort in tracing the two professors gave no result, and information suggests that their health and safety while being held by the kidnapping terrorists have deteriorated,” he said.

They “will be sent to Qatar under U.S. supervision,” one unnamed Afghan official told RFE/RL.

Neither the Taliban or the Haqqani network, which is part of the militant group, have commented so far.

Kevin King (right) and Tim Weeks were kidnapped by the Taliban in Kabul in August 2016.(YouTube)

The U.S. ambassador to Afghanistan, John Bass, told RFE/RL that the United States “strongly” supports Ghani's “courageous” decision to release the three prisoners and called on the militants to release “Afghan security force prisoners and Western hostages” in return.

“We hope that it produces a gesture on the part of the Talibs which indicates that they are interested in moving past the current language of violence and again exploring ways to reduce the violence, to begin talking, and to find a political settlement that ends this war that has gone for far too many years,” Bass said.

The American University of Afghanistan said it was “encouraged to hear reports of the possible release of our two colleagues, Kevin King and Timothy Weeks.”

“We continue to urge the immediate and safe return of our faculty members who have been held in captivity, away from their friends and families, for more than three years,” a statement said.

Anas Haqqani, a senior leader of the Haqqani network, is expected to be part of an exchange of captives for an American and Australian teacher held by the Taliban.(Reuters photo)

The Haqqani network was founded by the late Jalaluddin Haqqani, the father of Sirajjuddin and Anas Haqqani who died in September 2018.

The United States, after allying with Jalaluddin Haqqani to fight the Soviet invasion of Afghanistan in the 1980s, by 2012 had designated his organization a terrorist group. It has been fighting against NATO and Afghan government forces since 2001.

The Haqqani network, known for carrying out brutal attacks in Afghanistan, is believed to be based in Pakistan.

According to Afghan officials, Anas Haqqani is an information-technology expert who played a key role in the network's “strategic decision-making” and fundraising.

Hafiz Abdul Rashid Omari is the brother of Muhammad Nabi Omari, the former Guantanamo inmate who is currently a key member of the Taliban political office in Qatar.

The development stems from marathon negotiations between U.S. special envoy to Afghanistan Zalmay Khalilzad and the Taliban.

Pakistani Prime Minister Imran Khan had said during a three-day visit to Washington in July that he would do his best to help release the American University teachers.

He told U.S. President Donald Trump on July 23 that Islamabad would have “good news” soon about the two captive teachers.