"As a responsible government we take one more step forward," he said. 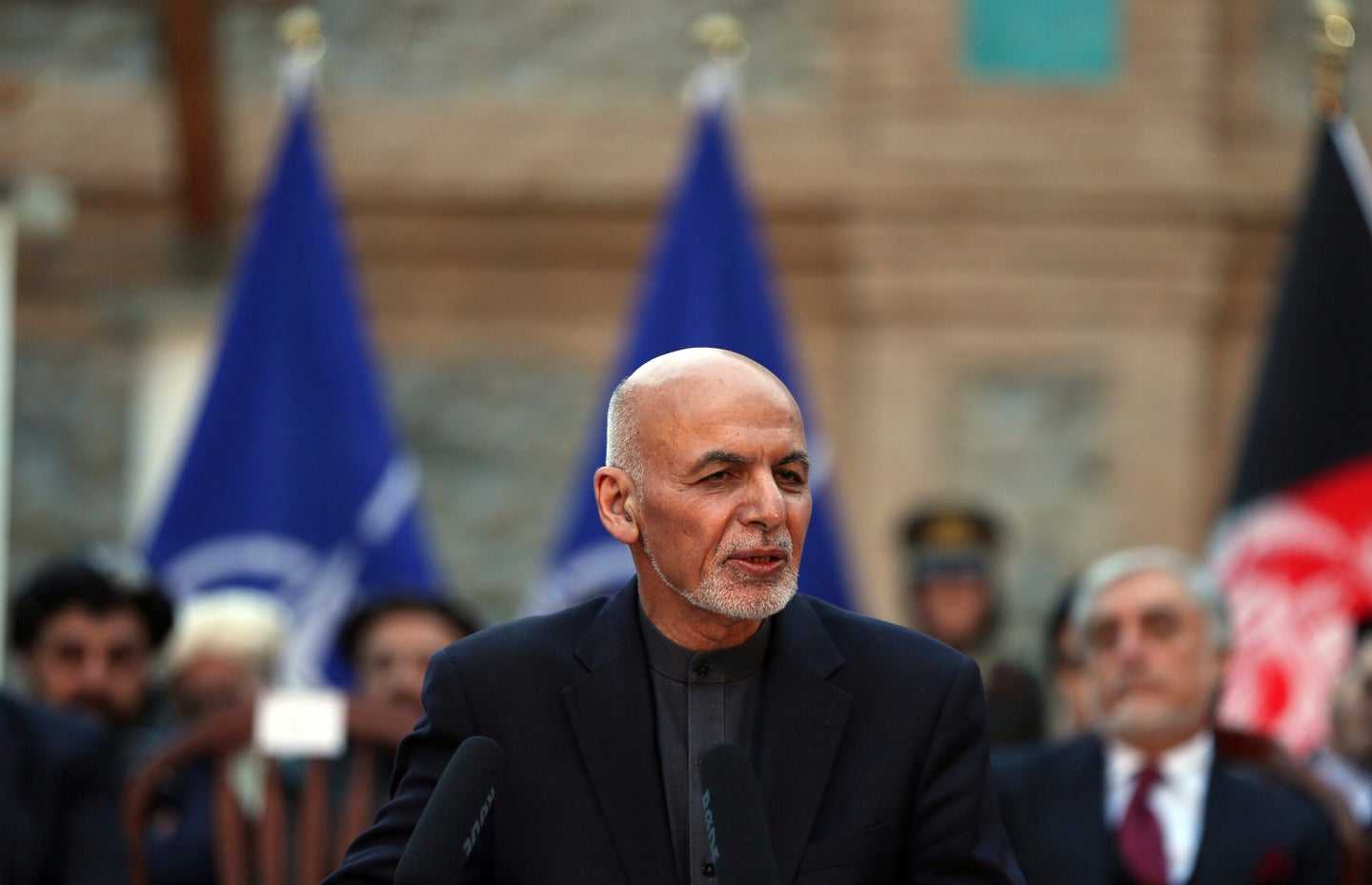 Afghan President Ashraf Ghani launched a process on May 24 to release up to 2,000 Taliban prisoners after welcoming an offer by the militants of a three-day cease-fire to mark Eid al-Fitr, the end of the Muslim holy month of Ramadan.

“As a responsible government we take one more step forward. I announce that I will expedite the Taliban prisoner releases,” Ghani said in an address to the nation marking Eid al-Fitr.

Ghani also urged the Taliban to press ahead with the release of Afghan security personnel they hold.

A presidential spokesman, Sediq Sediqqi, later tweeted that “President Ghani today initiated a process to release up to 2,000 Taliban prisoners as a good will gesture in response to the Taliban's announcement of a ceasefire during Eid.”

Sediqqi added that Afghanistan's government “is extending the offer of peace and is taking further steps to ensure success of the peace process.”

In February, the United States and the Taliban signed an agreement aimed at ending the longest military action in U.S. history. The deal lays out a timetable for the withdrawal of U.S. troops from Afghanistan in return for security commitments from the Taliban.

It also stipulates that Kabul must free 5,000 Taliban prisoners, while the militants are to release 1,000 captives — a move expected to lead to intra-Afghan negotiations.

The Taliban on May 23 announced the cease-fire would start the following day. Shortly afterward, Ghani ordered security forces to abide by the cease-fire as well.

In a post on Twitter, Taliban spokesman Zabihullah Mujahid said the movement's leadership has ordered all fighters to “conduct no offensive operation against the enemy anywhere.” In addition, they have been told to ensure “the security of fellow citizens.”

Zalmay Khalizad, the U.S. special envoy to Afghanistan, described the cease-fire as “a momentous opportunity” to accelerate a stalled U.S.-Taliban peace process.

“Other positive steps should immediately follow: the release of remaining prisoners as specified in the U.S.-Taliban agreement by both sides, no returning to high levels of violence, and an agreement on a new date for the start of intra-Afghan negotiations,” Khalizad wrote on Twitter.

A deadline for the Taliban to hold talks with the Afghan government passed in March amid a spike in violence and disagreements between the two sides over prisoner swaps.

The prospect of direct talks between Kabul and the Taliban gained a boost on May 17 when Ghani and his political rival, Abdullah Abdullah, reached a power-sharing agreement nearly eight months after disputed elections that led to a parallel government and hampered efforts to broker a peace deal.

The United States has about 12,000 troops in Afghanistan. Washington pays about $4 billion a year to maintain the Afghan military.

Despite both sides vowing to observe the three-day cease-fire, a reported mortar attack has killed four civilians in the eastern Laghman Province.

A further seven were also wounded in the incident that took place in the Ali Shang district of the province, the provincial governor's spokesman, Asadullah Dawlatzai, said.

An investigation has been launched to find out who carried out the shelling, Dawlatzai said.

No group has claimed the attack, but the Taliban has a strong presence in many parts of the district, and staged a number of deadly attacks on the Afghan security forces there in recent weeks.

Taliban militants control about half of Afghanistan's territory and have continued to carry out attacks since the deal was signed.

Afghan intelligence service spokesman Javid Faisal said on May 23 that at least 146 civilians were killed and 430 wounded in Taliban attacks during Ramadan.

With reporting by AFP and AP.