The Afghan government has freed a total of 300 Taliban prisoners since April 8. 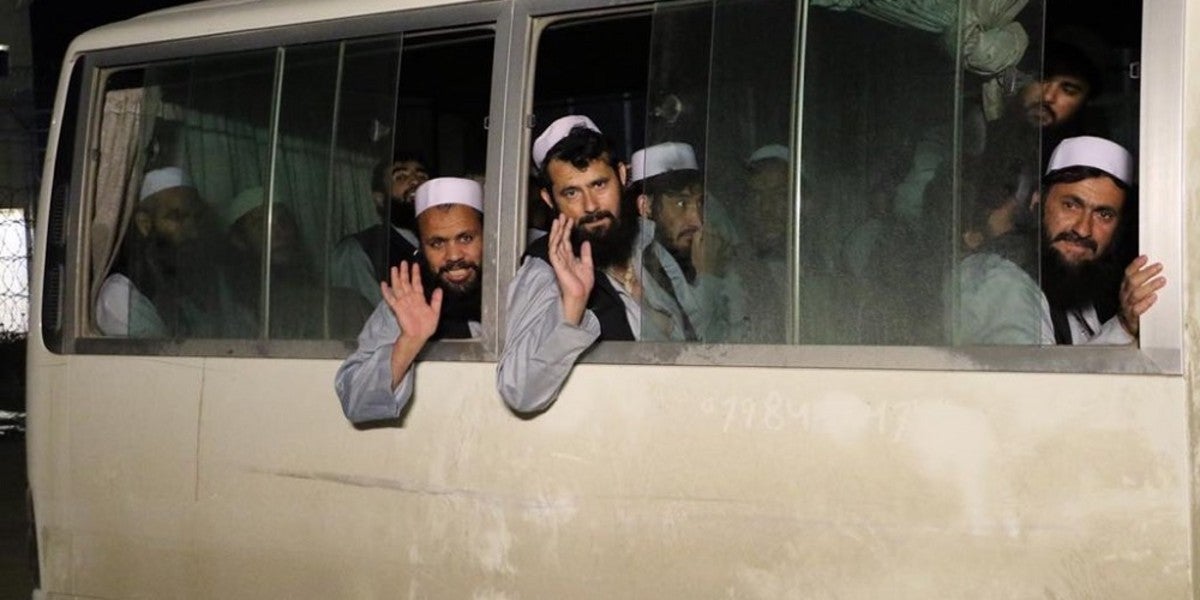 The NSC posted several photos of the prisoners on Twitter and said that they had been released on April 11.

The council said in a statement that the health condition, age, and length of the remaining sentences were considered in choosing which prisoners to release.

The Afghan government has freed a total of 300 Taliban prisoners since April 8.

Meanwhile, a Taliban spokesman said that the militant group will release 20 prisoners and hand them over to the International Committee of the Red Cross (ICRC) in Kandahar.

“Today, 20 prisoners of the Kabul administration will be released,” Taliban spokesman Suhail Shaheen said on Twitter on April 12.

He did not provide more details.

Today, 20 prisoners of the Kabul Administration will be released by the Islamic Emirate of Afghanistan and handed over to ICRC in Kandahar.

A pact signed by the United States and the Taliban in the Qatari capital, Doha, on February 29 calls for the Afghan government to release 5,000 Taliban fighters as a confidence-building measure ahead of formal peace talks aimed at ending the 18-year conflict.

The Taliban has vowed to release some 1,000 Afghan government troops and civilian workers it is holding.

In return for the start of talks and a series of security commitments from the Taliban, all U.S. troops and other foreign coalition forces are meant to withdraw from Afghanistan within 14 months.

With reporting by dpa, Reuters, and TOLOnews.