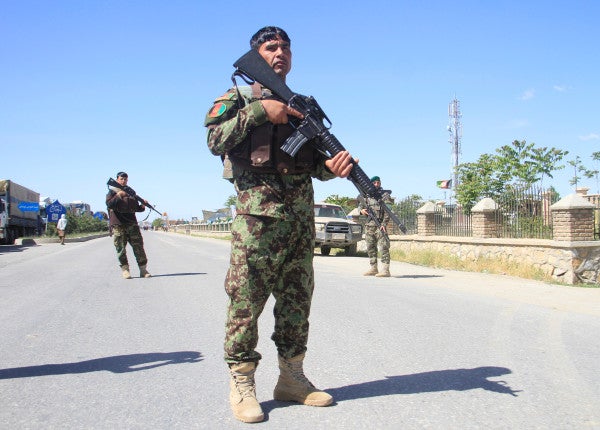 GHAZNI, Afghanistan (Reuters) – Taliban fighters detonated a car bomb on Monday near an Afghan intelligence agency installation in the central province of Ghazni, killing at least seven people and wounding 40, officials and the Taliban insurgents said.

The blast, during the Muslim holy month of Ramadan when tens of thousands of Afghans are fasting, is the latest in a spate of violence across the country despite a peace accord signed between the United States and Taliban in February.

The interior ministry in Kabul and provincial officials in Ghazni confirmed the attack.

“Around 4:30 a.m., a base of the National Security (NDS) forces in Ghazni was targeted by a car bomb,” said a police official, adding that seven people died at the blast site and 40 injured were taken to a military hospital.

Taliban spokesman Zabihullah Mujahid said fighters of the Islamist group were responsible for the attack in Ghazni, which has been the scene of many large-scale attacks by the Taliban in recent years against both Afghan and foreign forces.

Last week five civilians were killed and 40 people, including six soldiers, were wounded in a Taliban truck bomb blast targeting an army office in the neighboring province of Paktia.