Leader of ISIS in Afghanistan arrested

Abdullah Orakzai, also known as Aslam Farooqi, was arrested alongside 19 other militants in a "targeted and sophisticated operation," Afghanistan's National Directorate of Security said in a statement 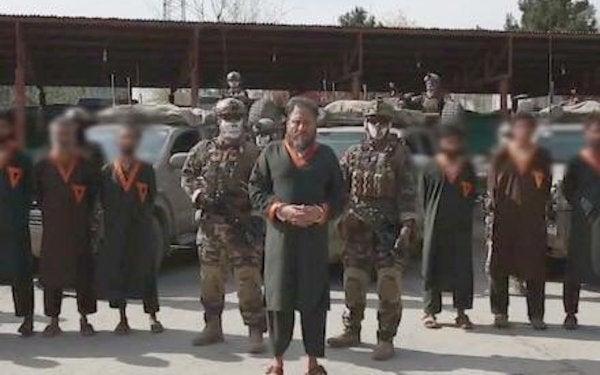 Abdullah Orakzai, also known as Aslam Farooqi, was arrested alongside 19 other militants in a “targeted and sophisticated operation,” Afghanistan's National Directorate of Security said in a statement.

Al Jazeera reports that two other “high-ranking” commanders of the country's ISIS affiliate were captured alongside Farooqi, per the NDS.

According to Stars and Stripes, Farooqi replaced former leader Abu Omar Khorasan last April after the latter was demoted due to “poor performance” and “operational failures” in the Afghanistan's Nangarhar province.

According to the latest report from the Special Inspector General for Afghanistan Reconstruction, sustained pressure from U.S. air strikes and Afghan security forces operations has “dismantled” the group's stronghold there over the last several months.

In the last quarter of 2019, roughly 300 ISIS fighters and 1,000 of their family members surrendered to U.S. and Afghan forces in the country, according to the SIGAR report.

The fight against ISIS has remained a primary focus for not just the U.S. and Afghan governments, but for the Taliban as well: In March, U.S. Central Command chief Marine Gen. Frank McKenzie stated that the Taliban had proven “very effective” at “compress and crush[ing]” ISIS in its Nangarhar stronghold.

“They’ve demonstrated a capability to [defeat ISIS]. It was a bloody mess, but they did it,” McKenzie told lawmakers on the House Armed Services Committee. “In fact, ISIS really now no longer holds ground in Nangahar province.”

The latest estimate from U.S. Forces-Afghanistan puts the number of ISIS fighters active in Afghanistan at around 2,500, down from roughly 5,000 in the last quarter of 2019, per SIGAR.