Nearly two years after ISIS’s defeat, more than 10,000 fighters are still active in Iraq and Syria

It's been nearly three years since President Donald Trump first declared victory over ISIS, but there are still more than 10,000 ISIS fighters currently active in Iraq and Syria, according to a UN official 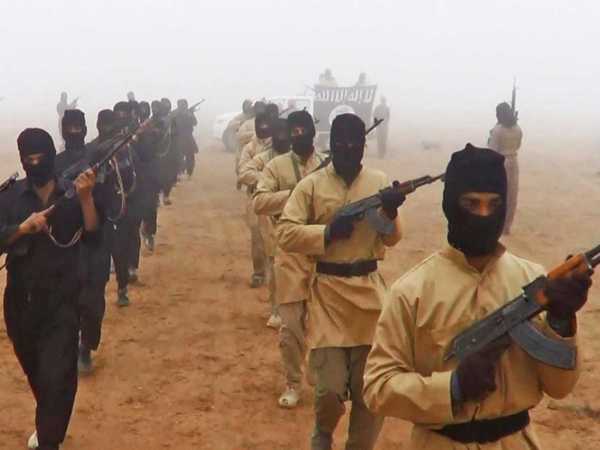 It's been nearly two years since President Donald Trump first declared victory over ISIS, but there are still more than 10,000 of its fighters currently active in Iraq and Syria, according to a UN official.

Under Secretary General for Counter-Terrorism Vladimir Voronkov told the UN Security Council on Monday that thousands of ISIS fighters are moving freely “in small cells between the two countries” and that the militant group is slowly gathering strength amid the novel coronavirus (COVID-19) pandemic, the Associated Press reports.

“There is a continued trend of attacks by individuals inspired online and acting alone or in small groups, which could be fueled by ISIL’s opportunistic propaganda efforts during the COVID-19 crisis,” Voronkov reportedly said, noting that the group is likely “exploit[ing] the far-reaching disruption and negative socioeconomic and political impacts of the pandemic.”

The UN figure represents a major reduction in estimated ISIS force strength, down from the 30,000 members that a UN panel of experts claimed was “roughly equally distributed” between Syria and Iraq back in August 2018.

Related: Trump pulled critical US personnel out of Syria and Iraq. Now ISIS is making a bloody comeback

Still, Voronkov's estimate came just weeks after the head of U.S. Central Command, Marine Gen. Frank McKenzie, warned that militant elements are reconstituting themselves in western Syria, where “conditions are as bad or worse” than they were in the country leading up to the rise of the terror group in the first place.

“We should all be concerned about that,” McKenzie told reporters on Aug. 12.

Indeed, the latest report to Congress from the lead DoD inspector general for Operation Inherent Resolve (OIR) revealed that ISIS had “increased the pace” of its attacks in Iraq and Syria from April through June of this year, although Combined Joint Task Force-Inherent Resolve (CJTF-OIR) was careful to note that a year-over-year comparison of militant attack numbers “indicate[s] that ISIS is not resurging.”

“At the same time, a number of researchers and experts assessed that the increase in ISIS activity signified a strengthening of the group,” according to the report. “One research institute analyst expressed concerns that ISIS is seizing on the recent reduction of Coalition troops in Iraq to reestablish itself. Other analysts noted that unless the root causes of ISIS’s proliferation are addressed, the group would continue to regenerate.”

While the DoD OIG saw “no evidence” that ISIS had the ability to retake or hold territory in areas where the U.S.-led military coalition operates, ISIS “did briefly occupy Syrian regime positions during one offensive in an area outside Coalition control,” according to the report.

“The DOD OIG observed that this underscores the challenge of defeating ISIS when it operates throughout Syria, where Coalition and partner forces have limited territorial reach,” according to the report.

The militants' ranks could swell even further under the wrong circumstances. As the DoD OIG has previously warned, some 10,000 ISIS fighters are currently lurking in deteriorating Syrian Democratic Forces-run detention facilities where, according to CJTF-OIR, “the risk of a mass breakout cannot be discounted.”

Trump first declared ISIS defeated in December 2018 before announcing the sudden withdrawal of 2,000 U.S. troops from Syria, a move that prompted the resignation of then-Defense Secretary James Mattis in protest.

Over the next several months, Trump and other administration officials would continually claim that was ISIS “100% defeated” before U.S.-backed Syrian fighters would actually declare victory over the militant group in March 2019 with the “total elimination” of the caliphate.

That stretch of time was crucial for ISIS to regain a foothold. According to a June 2019 DoD OIG report on the status of OIR, the sudden reduction of U.S. forces in Syria “decreased the support available for Syrian partner forces at a time when they need[ed] more training and equipping to respond to the ISIS resurgence.”

And how are those partner forces doing now? According to the most recent DoD OIG report, both Iraqi security forces and the SDF are “more capable and better able to prevent ISIS from resurging than previously reported” despite “uncertainty” over how long U.S. forces may remain in both Iraq and Syria.

Time will tell if this improvement ais enough to keep ISIS at bay. In the meantime, as many as 800 U.S. service members remained in Syria while roughly 5,000 are currently deployed to Iraq.