The ISIS defector who helped the U.S. zero in on Abu Bakr al-Baghdadi will be getting a piece of the $25 million reward that was placed on the terror leader's head. 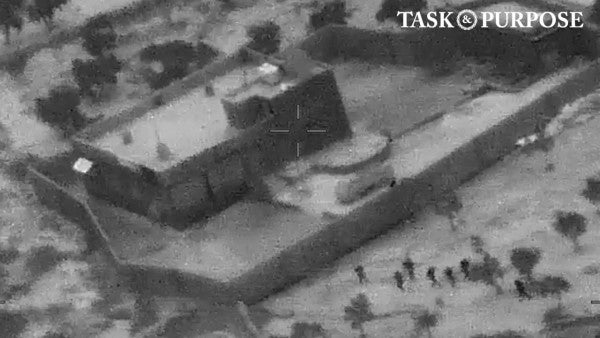 The ISIS defector who helped the U.S. zero in on Abu Bakr al-Baghdadi will be getting a piece of the $25 million reward that was placed on the terror leader's head, according to a new report in The Washington Post.

The informant's “detailed knowledge of Baghdadi's whereabouts as well as the room-by-room layout of his sanctuary proved to be critical” to the success of the raid, officials told the Post, which was carried out by U.S. special operations forces on Saturday.

Baghdadi detonated a suicide vest after a brief firefight, killing himself along with two children, according to Marine Gen. Kenneth McKenzie, the commander of U.S. Central Command.

The unnamed informant was present during the gun battle, and was taken to safety two days later, along with his family, according to the Post.

The Islamic State defector had been cultivated as an asset by the Syrian Democratic Forces, the predominantly Kurdish militia that became the ground troops for the U.S.-led campaign to destroy the terrorist group's self-proclaimed caliphate in eastern Syria. SDF leaders then handed control of the agent to U.S. intelligence operatives, who spent weeks vetting him until they were sure he was genuine, the officials said.

A separate NBC News report on Monday described the informant as a “security advisor” for Baghdadi, who apparently stole a pair of Baghdadi's underwear and got a blood sample to prove the terror mastermind was at the compound.

The news of the underwear caper came from SDF Gen. Mazloum Abdi, who told NBC News the source also offered a full layout of the Baghdadi compound and revealed the numbers of guards present.

No U.S. military personnel were injured in the raid with the exception of a military working dog, who has since recovered. Trump later tweeted a photo of the dog but said its name still remained classified.

“The assault force was engaged by small arms fire, and the threats were quickly eliminated,” said Army Gen. Mark A. Milley, the chairman of the Joint Chiefs of Staff. “Our forces isolated the compound and protected all of the noncombatants.”

The State Department put out a $10 million reward for Baghdadi in 2011, and later increased it to $25 million. The only person left on its most-wanted list that will net that amount is currently Ayman al-Zawahiri, the current leader of al Qaeda.