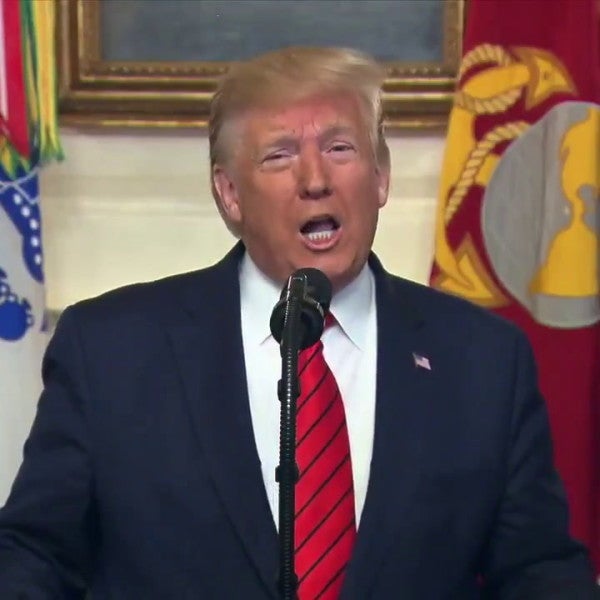 Trump, who on Saturday tweeted that “something very big has happened,” confirmed widespread media reports that a “high value ISIS target” believed to be the elusive ISIS chief was killed in a U.S.-led military operation in Syria's northwestern Idlib province.

Newsweek was the
first to report news of the operation on Saturday night. The Syrian Democratic Forces confirmed al-Baghdadi's death on Sunday morning.

According to U.S. officials, a contingent of between 50 and 70 U.S. service members — including members of Joint Special Operations Command's 1st Special Forces Operational Detachment-Delta (SFOD-D) commonly known as Delta Force and Army Rangers — carried out the operation “after receiving actionable intelligence,” Newsweek reports

The intelligence operation involved ” a complicated CIA intelligence collection operation aided by the Syrian Kurds and other U.S. partners in the region,” Foreign Policy reports.

An Iraqi intelligence official claimed to Reuters on Sunday that it it was Iraq's intelligence service which provided the U.S.-led coalition with the exact coordinates of al-Baghdadi's location.

Staged from the Iraqi city of Erbil and inserted with a cadre of six helicopters, the team targeted a compound in the Idlib province that had previously been under surveillance, engaging in what Newsweek characterized as a “brief firefight” during which al-Baghdadi detonated a suicide vest during the raid, killing himself and three children.

“The thug who tried so hard to intimidate others spent his last moments in utter fear, panic and dread, terrified of the American forces coming down on him,” Trump said on Sunday.

Trump stated that he watched the raid from the White House Situation Room with Chairman of the Joint Chiefs Gen. Mark A Milley, Vice President Mike Pence, and other senior government officials. He described the footage as so clear it was “as if you were watching a movie.”

“He died after running into a dead-end tunnel, whimpering and crying and screaming all the way,” Trump added. “He reached the end of the tunnel as our dogs chased him down. He ignited his vest, killing himself and his three children. His body was mutilated by the blasts. The tunnel had caved on him”

According to the Associated Press, “other [ISIS] leaders” were also killed in the raid.

No U.S. military personnel were injured in the operation with the exception of a military working dog, Trump said

“He was a sick and depraved man and now he's gone,” Trump said.

Previously believed killed in a Russian air strike in May 2017, ISIS's media network in April published a video message purporting to come from al-Baghdadi and marking his first public appearance since establishing the terror group's now-defunct territorial “caliphate” in 2014.

Reports of al-Baghdadi's death come just over two weeks after Trump ordered the withdrawal of U.S. forces from northeastern Syria, paving the way for a Turkish military offensive against U.S.-backed Kurdish forces in the region.

The hasty withdrawal drew criticism from both American lawmakers and international leaders for potentially creating an opening for a major resurgence among the ISIS fighters scattered across Iraq and Syria.

As Reuters reported at the time, the Turkish assault forced Kurdish to suspend operations against ISIS.