Abu Bakr al-Baghdadi is alive, and he just dropped a new mixtape for the fans

"As for the worst and most important matter, the prisons, the prisons, oh soldiers of the caliphate. Your brothers and sisters; do your utmost to free them and tear down the walls restricting them," Baghdadi said. 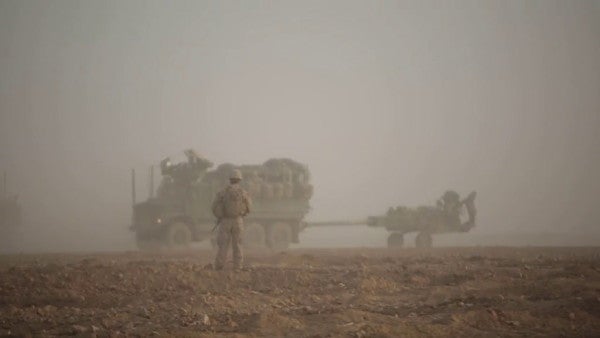 CAIRO (Reuters) – Islamic State's media network on Monday issued an audio message purporting to come from its leader Abu Bakr al-Baghdadi saying operations were taking place daily and urging freedom for women jailed in Iraq and Syria over their alleged links to the group.

“Daily operations are underway on different fronts,” he said in the 30-minute tape published by the Al Furqan network, in what would be his first message since April. He cited several regions such as Mali and the Levant but gave no dates.

He called on supporters to free women living in camps in Iraq and Syria following the group's defeat in both countries.

Thousands of women including foreigners from Europe and North African countries joined Islamic State, subscribing to its brutal interpretation of Islam and often marrying militants.

Some remain ardent supporters of its ideology and live in camps they fled to in eastern Syria, now under the control of the Kurdish-led, U.S.-backed Syrian Democratic Forces (SDF) that drove Islamic State from its final piece of territory in March.

“As for the worst and most important matter, the prisons, the prisons, oh soldiers of the caliphate. Your brothers and sisters; do your utmost to free them and tear down the walls restricting them,” Baghdadi said.

“Do not hesitate to pay ransom if you cannot free them by force, and attack their butchers like investigators and judges and any… aggressors,” he added.

He also said the United States and its proxies had been defeated in Iraq and Afghanistan, and that the U.S. had been “dragged” into Mali and Niger.

Militants loyal to Adnan Abu Waleed al-Sahrawi, the leader of Islamic State in the Greater Sahara, operate along Mali's border with Burkina Faso and Niger. In 2017, they killed four members of U.S. special forces and four Nigerien soldiers in an ambush near the village of Tongo Tongo.

At the height of its power IS ruled over millions of people in territory running from northern Syria through towns and villages along the Tigris and Euphrates valleys to the outskirts of Baghdad.

But the fall in 2017 of Mosul and Raqqa, its strongholds in Iraq and Syria respectively, stripped Baghdadi of the trappings of a caliph and turned him into a fugitive thought to be moving along the desert border between Iraq and Syria.

Before Islamic State published a video message of Baghdadi, an Iraqi, in April, there had been conflicting reports over whether he was alive.

Despite losing its last significant territory, Islamic State is believed to have sleeper cells around the world, and some fighters operate from the shadows in Syria's desert and Iraq's cities.

In West Africa's troubled Sahel region, Islamist extremists have been exploiting local conflicts to extend their reach, with most attacks blamed on groups loosely affiliated with Al Qaeda. In Nigeria, a breakaway faction of the extremist group Boko Haram has pledged allegiance to Islamic State.