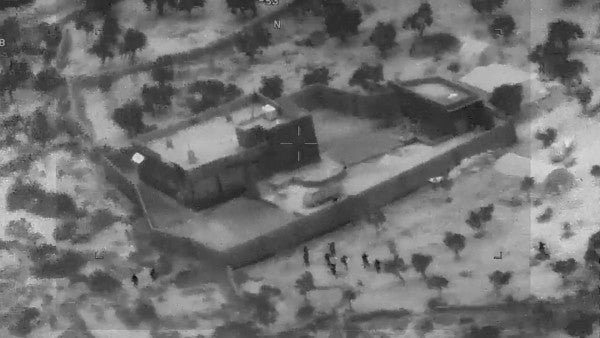 U.S. Central Command has released video and photos of the raid on the compound of ISIS leader Abu Bakr al-Baghdadi following a press briefing from Marine Gen. Frank McKenzie.

U.S. special operations forces conducted a raid on al-Baghdadi's compound in Syria's northwestern Idlib province on Saturday night, where the terrorist leader detonated a suicide vest and killed himself following a “brief firefight.”

“The thug who tried so hard to intimidate others spent his last moments in utter fear, panic and dread, terrified of the American forces coming down on him,” President Donald Trump said on Sunday.

No U.S. military personnel were injured in the operation. Conan, a military working dog on the raid, was injured but has since returned to full duty.