"During this four-year campaign, thousands of Syrian Democratic Forces and Iraqi Security Forces did not return to their families. I pray for your losses, and for a speedy recovery of your wounded." 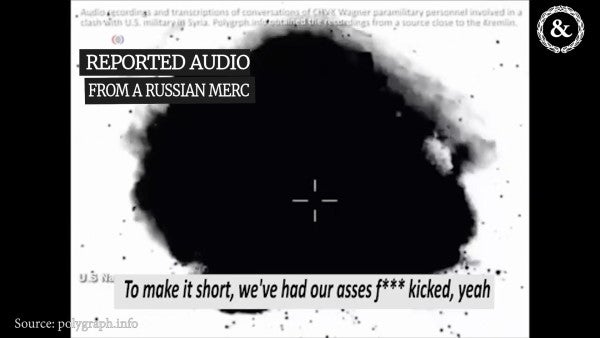 Victory over ISIS has come at a tremendous cost for America's Kurdish and Arab allies in Syria.

More than 11,000 Syrian Democratic Forces fighters were killed and 21,000 others wounded fighting ISIS, the group announced on Saturday following the group's formal liberation of ISIS' last enclave in Syria.

“On this occasion we cannot but remember those heroes and pay tribute to the memory of the martyrs and wish the urgent recovery of their wounds, without their sacrifices we would not granted this victory,” the SDF statement says.

Army Lt. Gen. Paul LaCamera, commander of U.S. operations in Iraq and Syria, paid tribute Saturday to the SDF fighters as well as Iraqi troops and police who were killed while fighting ISIS.

“During this four-year campaign, thousands of Syrian Democratic Forces and Iraqi Security Forces did not return to their families,” LaCamera said in a statement congratulating the SDF for its victory in Baghouz, Syria. “I pray for your losses, and for a speedy recovery of your wounded.”

“We also cannot forget our coalition members who saw their last full measure of devotion in the pursuit of defeating Daesh [ISIS],” LaCamera continued. “These coalition and partner force fighters put their nation's needs before their own and defended the world against the threat of Daesh. They represented the best of their country. We must never forget their courage, dedication, and sacrifice.”

A total of 73 U.S. service members have died during Operation Inherent Resolve, according to the Defense Department. Those fatalities include deaths in Jordan, Bahrain, the Persian Gulf, the Red Sea, and elsewhere.

Another 77 service members have been wounded and three Defense Department civilians have died supporting operations against ISIS.

Meanwhile, the U.S. military has been hesitant to estimate how many ISIS fighters have been killed or captured since 2014.For more than a year, defense officials estimated that roughly 2,000 ISIS fighters remained in Syria, but U.S. Central Command confirmed on Saturday that the SDF had captured more than 60,000 ISIS fighters, women, and children just in the last month.

Despite the loss of its former caliphate, ISIS has not been defeated, warned Michèle Flournoy, who served as under defense secretary for policy from 2009 to 2012.

“We have seen this movie before,” said Flournoy, who was expected to become defense secretary if Hillary Clinton won the 2016 presidential election. “When a terrorist organization loses territory, it usually goes to ground in order to fight another day. (This was certainly true for Al Qaeda in Iraq, ISIS' predecessor.)

“ISIS is likely to revert to the more traditional tactics of an insurgency like IEDs, suicide bombers, car bombs, assassinations and the like to disrupt stability and prevent others from consolidating control. They may be down, but we would be foolish to count them out.”

Defense officials have repeatedly warned that ISIS fighters have gone to ground so they can wage an insurgency in both Syria and Iraq.

“While on occasion these cowards will resurface, they have lost all prestige and power,” President Donald Trump said on Saturday. “They are losers and will always be losers.”

UPDATE: This story was updated on March 25 with comments from Michèle Flournoy.

SEE ALSO: The Syria withdrawal and Pentagon spin: When 'plan' and 'decisions' don't mean anything