The London-based monitoring group Syrian Observatory for Human Rights says it has confirmed that Abu Bakr al-Baghdadi, the notorious leader... 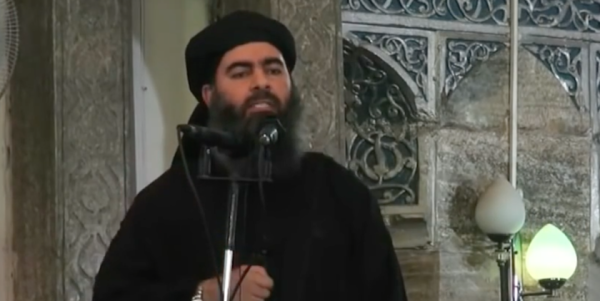 The London-based monitoring group Syrian Observatory for Human Rights says it has confirmed that Abu Bakr al-Baghdadi, the notorious leader of ISIS who assumed command of the terrorist organization in 2010 and whose name has become synonymous with the group’s brand of ultra-violent global jihadism, is dead at last, Reuters reports.

As Reuters notes, SOHR has a solid track record of accurate reporting from within Syria, where a six-year civil war with constantly shifting battle lines has remained largely inaccessible to foreign journalists. The report comes nearly a month after the Russian Defense Ministry claimed that al-Baghdadi had been killed by a Russian airstrike in May, which had targeted a gathering of ISIS commanders on the outskirts of Raqqa.

In an interview with CBS, Rahman said that his organization’s sources “could not say when Baghdadi died, or whether he succumbed to injuries sustained in an attack.” This wouldn’t be the first time that Baghdadi’s death has been announced, but never before has such a report come from a group as credible as SOHR. Baghdadi hasn’t been heard from since November 2016, when he released an audio message urging followers to defend Mosul, according to CBS.

Washington did not corroborate Russia’s claim, nor has it has confirmed SOHR’s report — which the organization’s director, Rami Abdel Rahman, told Reuters is based on “confirmed information from leaders, including one of the first rank, in the Islamic State in the eastern countryside of Deir al-Zor.” However, in an email to Stars and Stripes reporter Chad Garland, a spokesperson for Operation Inherent Resolve seemed to suggest that ISIS leadership is in the midst of some sort of crisis.

“We cannot confirm this report, but hope it’s true,” the email reads. “We strongly ISIS to implement a strong line of succession, it will be needed.”

With more rumors of ISIS leader al-Baghdadi's death, I decided to see if @CJTFOIR had any indications. This response made me LOL. pic.twitter.com/wb7lFu4EFD

There have certainly been plenty of opportunities in recent weeks for al-Baghdadi to be wounded or killed on the battlefields of Iraq and Syria. Huge swaths of those countries fell to ISIS when the Sunni Muslim extremist group, born from the ashes of the U.S.-led Iraq War, swept through the region in 2014 in a lightning offensive that dealt an embarrassing blow to the Iraqi military and plunged neighboring Syria deeper into chaos. Now, amid constant bombardments from the U.S.-led coalition and its allies, the group’s territory is quickly shrinking.

On July 10, the U.S. military and Iraqi security forces declared victory over ISIS after a bloody eight-month siege of Mosul, where Baghdadi first claimed to lead a caliphate in 2014. Meanwhile, coalition-backed militants continue their assault on Raqqa, ISIS’s de facto capital in northern Syria and its last major stronghold.

According to CBS, many experts predict that if and when Raqqa falls, ISIS will transform into a more “traditional insurgency,” one that lacks significant territory but continues to carry out terrorist attacks in the region and abroad. What role the U.S. and the other foreign powers who have poured countless resources into defeating ISIS will play following the seizure of Raqqa remains unclear.