On June 6, 1944, the Allies invaded Normandy in the largest seaborne invasion in history. Now, another U.S.-led coalition is... 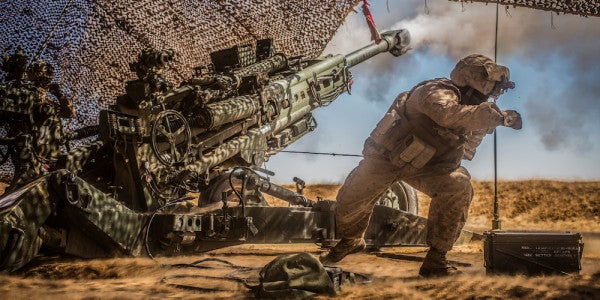 On June 6, 1944, the Allies invaded Normandy in the largest seaborne invasion in history. Now, another U.S.-led coalition is launching a final push to annihilate one of the evilest forces in modern history.

After months of waiting, the liberation of Raqqa is finally upon us. Syrian Democratic Forces and Kurdish militias — outfitted with American small arms and backed by U.S. military advisers, with a deluge of GPS-guided munitions from coalition aircraft — have reportedly launched a three-pronged attack on the de facto Syrian capital of ISIS’s “caliphate,” Operation Inherent Resolve announced on June 6.

The U.S.-led coalition has been slowly inching towards the Syrian city for several months, encircling the jihadi stronghold with fire-support bases of Marine-manned M777 Howitzers and Stryker armored fighting vehicles. It’s all part of the “annihilation campaign” articulated by Secretary of Defense Mattis in May, cutting off escape routes and preventing beleaguered ISIS forces from regrouping elsewhere in the war-torn country.

“We all saw the heinous attack in Manchester, England,” CJTF-OIR commander Lt. Gen. Steve Townsend said in a statement June 6, referencing the recent suicide bombing of an Ariana Grande concert that left 22 dead. “ISIS threatens all of our nations, not just Iraq and Syria, but in our own homelands as well. This cannot stand.”

Townsend added that coalition forces would continue to provide logistics, intelligence support, equipment, and training as part of its “advise and assist” relationship with the SDF. But the escalating air campaign against the jihadis is only heating up: On June 5, OIR aircraft conducted 40 airstrikes across 60 engagements with ISIS fighters in Iraq and Syria.

“The coalition has a big role in the success of the operations. In addition to warplanes, there are coalition forces working side by side with the SDF,” a Syrian Democratic Forces spokesman Talal Silo told Reuters, adding that clashes between coalition and ISIS forces ” fierce because Daesh (ISIS) will die to defend their so-called capital.”

If the siege of Raqqa is anything like the Iraqi security forces’ dogged months-long effort to expunge that country’s ISIS infestation, the U.S.-led coalition is in for a long, bloody fight.