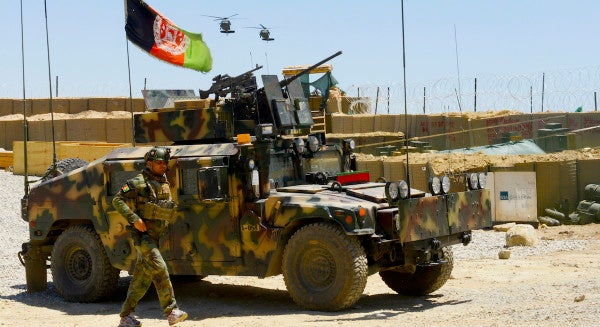 A senior U.S. general says that ISIS remains a “very worrisome” presence in Afghanistan, but it is unlikely to mount an attack on the U.S. homeland because it is under strong military pressure.

“It is our clear judgment that as long as we maintain pressure on them it will be hard for them to do that,” he said.

McKenzie, whose Central Command has responsibility for managing U.S. military operations across the Middle East, spoke in Germany with reporters after completing an eight-day trip to Qatar, Iraq, Saudi Arabia, the United Arab Emirates, and Egypt.

The AP earlier this week quoted U.S. and Afghan security officials as saying the extremist group in Afghanistan is expanding its presence, recruiting new members, and plotting attacks on the United States and other Western countries.

A U.S. intelligence official based in Afghanistan told AP that a recent series of attacks in the Afghan capital, Kabul, were “practice runs” for even bigger attacks in Europe and the United States.

Some experts said ISIS could use Afghanistan as a base for operations now that the terror group has mainly been driven from its former strongholds in Iraq and Syria.

McKenzie said he did not believe IS in Afghanistan has expanded its capabilities but that it does still represent a dangerous presence in the country.

He said that “they are very worrisome to us” in their eastern Afghanistan strongholds, and added that combat operations had failed to reduce the number of fighters.

Some experts have estimated that IS still has thousands of fighters in the country.

U.S. forces in Afghanistan are battling IS fighters — a mission separate from their effort to advise and assist Afghanistan's defense forces in their battle against the Taliban militant group.

U.S. officials have been talking to Taliban representatives in Qatar, attempting to draw them into direct peace talks with the government in Kabul. The Taliban has so far refused to meet with Afghan officials, calling them puppets of the West.

IS extremists are not included in the talks, and U.S. and Afghan officials have not sought to bring them in, vowing to defeat them on the battlefield instead.

SEE ALSO: The U.S. Just Took Out The Leader Of ISIS In Afghanistan For The Fourth Time

WATCH NEXT: On The Ground With Afghan Commandos