CENTCOM Nominee Admits Afghan Military Would Collapse If US Left

Afghanistan’s security forces are taking unsustainable casualties and would collapse if all U.S. troops withdrew, the nominee to lead U.S.... 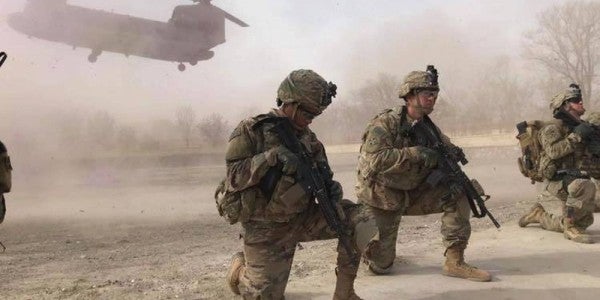 Afghanistan’s security forces are taking unsustainable casualties and would collapse if all U.S. troops withdrew, the nominee to lead U.S. Central Command said on Tuesday.

Marine Lt. Gen. Kenneth F. McKenzie Jr. told lawmakers that both the U.S. military and Taliban are “in a stalemate,” and that happened to be the most optimistic part of his description of the security situation.

The most important issue facing Afghan security forces right now is improving how they recruit and train the combat forces, McKenzie said during his confirmation hearing.

“Their losses have been very high,” McKenzie said. “They’re fighting hard but their losses are not going to be sustainable unless we correct this problem. I know it has Gen. [Austin] Miller’s direct attention and, if confirmed, it would be something that I would like to work with him on as a matter of great importance.”

While Afghan security forces have shown improvement, they are still too weak to stand on their own, McKenzie said.

On Tuesday, Sen. Gary Peters (D-Mich.) asked McKenzie how much longer it would take until Afghan troops and police could secure their country without the assistance of thousands of U.S. troops.

“They’re not there yet,” McKenzie replied. “If we left precipitously right now, I do not believe they would be able to successfully defend their country. I don’t know how long it’s going to take. I think that one of the things that would actually provide the most damage to them would be if we put a time line on it and we said we were going out at a certain point in time. As we’ve seen when we precipitously withdrew from Iraq earlier, certain effects probably follow from that.”

When Peters asked what the U.S. military is doing differently now compared to the past 17 years, McKenzie said he understood the lawmaker’s frustration, adding that both he and his son have each deployed to Afghanistan twice.

Right now, Afghan troops and police are shouldering the majority of the burden in the fight against the Taliban, he said.

One lawmaker posed an existential question on Tuesday when Sen. Roger Wicker (R-Miss.) asked McKenzie what the United States should say to the families of Americans and Afghans killed in 2018.

“Sir, what we are doing is we are protecting the homeland of United States from being attacked – that’s what you say to the Americans, and that’s a clear, visible tangible effort that you can honor them for,” McKenzie replied.