Army Maj. Brent Taylor was killed in an apparent insider attack in Afghanistan on Saturday, but days before his tragic... 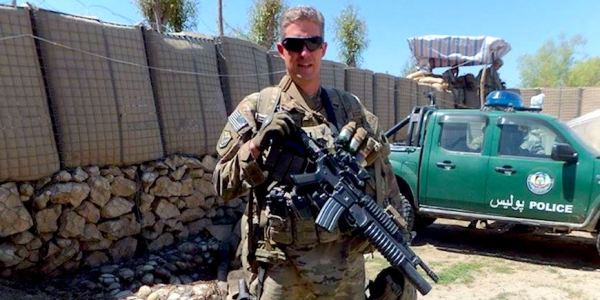 Army Maj. Brent Taylor was killed in an apparent insider attack in Afghanistan on Saturday, but days before his tragic death, he penned a powerful call to action for his fellow Americans ahead of Election Day in November: Embrace the glory of democracy.

“It was beautiful to see over 4 million Afghan men and women brave threats and deadly attacks to vote in Afghanistan’s first parliamentary elections in eight years,” Taylor, a 39-year-old Utah National Guardsman and the mayor of North Ogden, Utah, wrote in his final Facebook post on Oct. 28. “The strong turnout, despite the attacks and challenges, was a success for the long-suffering people of Afghanistan and for the cause of human freedom.”

“As the USA gets ready to vote in our own election next week, I hope everyone back home exercises their precious right to vote. And that whether the Republicans or the Democrats win, that we all remember that we have far more as Americans that unites us than divides us.”

Thousands of Afghans turned out to vote in the country's first parliamentary in years in the aftermath of another devastating insider attack in Kandahar that wiped out the province's top security officials and left an American general wounded.

“Many American, NATO allies, and Afghan troops have died to make moments like this possible; for example, my dear friend Lieutenant Kefayatullah who was killed fighting the Taliban the day before voting began,” Taylor wrote on Facebook.

Taylor, a Bronze Star and Purple Heart recipient, was on his fourth tour in Afghanistan and had previously served two tours in Iraq. He is survived by his wife and seven children.

“There are men and women who go off to a deployment every day with no fanfare, with no attention, with no news articles on one individual. It’s what they do. The call to serve comes up, and you just answer it,” Taylor told Deseret News as he prepared to return to Afghanistan in January. “If it’s something we can do, and the call comes to serve, we say yes.”