A US Service Member Was Killed In Afghanistan

An American service member was killed in Afghanistan on Nov. 24, according to a Department of Defense statement released early... 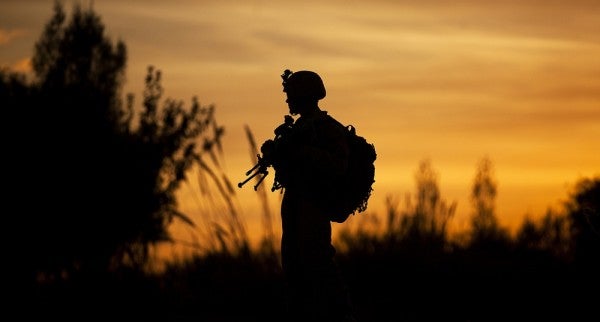 An American service member was killed in Afghanistan on Nov. 24, according to a Department of Defense statement released early this morning. The brief statement did not provide additional information on the service member's identity or the time or place of death.

The death marks the second U.S. fatality in Afghanistan this month after Army Maj. Brent Taylor, a member of the Utah National Guard and the mayor of North Ogden, Utah, was killed in an apparent insider attack on Nov. 3. In recent months, American and international forces deployed to Afghanistan have suffered from insider attacks — instances where Afghan military personnel or police open fire on partner forces.

An estimated 14,000 U.S. service members are currently serving in Afghanistan. Though the U.S. and NATO mission in Afghanistan formally concluded in 2014, American troops remain deployed there, and are tasked with training and supporting the Afghan National Security Forces, which have been struggling to push back a resurgent Taliban.

This story will be updated as additional information becomes available.