The Department of Defense on Friday identified the American service member killed in Afghanistan on July 12 as Army Sgt.... 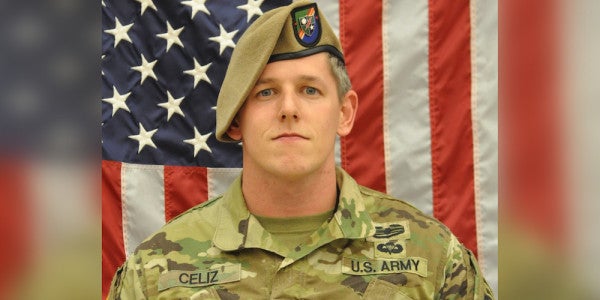 Currently, Army officials are trying to determine what the circumstances are surrounding Celiz’ death, Vice Chief of Staff Gen. James McConville said on Friday. “I can tell you that sergeant first class was a hero,” he said.

“The 75th Ranger Regiment suffered a tremendous loss with the passing of Sgt. 1st Class Chris Celiz. The Celiz family has been a critical component of our team and their community in Savannah, Georgia,” said 75th Ranger Regiment commander Col. Brandon Tegtmeier in a statement on July 13. “Chris was a national treasure who led his Rangers with passion, competence, and an infectiously positive attitude no matter the situation. He will be greatly missed.”

UPDATE: This article was updated to clarify the nature of Celiz's deployments; he was on his fifth deployment with the 1st Battalion, 75 Ranger Regiment and his seventh deployment since joining the U.S. armed forces. (Updated 7/13/2018; 10:25 am EST)