He joined the Army to avenge the 9/11 attacks. On the 19th anniversary of that day, he’ll receive the Medal of Honor

"Going back to a normal day at work, that's what I'm looking forward to." 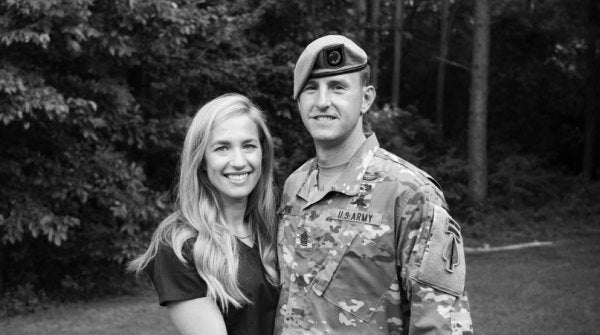 Sgt. Maj. Thomas “Patrick” Payne was in high school on Sept. 11, 2001, but he doesn’t remember exactly what class he was in when he heard that the first tower of the World Trade Center had been hit.

That day, he decided he would join the military. After graduating high school in the summer of 2002, Payne joined the 75th Ranger Regiment, before he was “selected for assignment to the U.S. Army Special Operations Command” in 2007. Payne has served as a member of the Army's secretive and elite Delta Force, a defense official confirmed to the Washington Post.

Now, 19 years later to the very day that Payne decided to serve, he’s being awarded the Medal of Honor for his part in a heroic hostage rescue, during which he and a team of elite soldiers saved over 70 Iraqi hostages of the Islamic State group.

On Oct. 22, 2015, then-Sgt. 1st Class Payne and a group of American and Kurdish forces conducted a raid on a compound in Hawija, Iraq, where dozens of hostages were being held. The soldiers were under heavy enemy fire throughout the duration of the mission; Master Sgt. Joshua Wheeler, another Delta Force soldier on the ground during the operation, was killed after “fearlessly” exposing himself to the enemy.

After freeing the hostages in one building, Payne and his team maneuvered across the roof of a second building and eventually reached the entryway. Despite the building at that point being on fire, he put himself directly in harm's way twice in order to cut the lock on a door that was keeping other hostages captive.

Payne went into the burning building a total of three times to ensure that everyone was out. It was a “no-fail mission,” he told reporters on Thursday.

Knowing how extensive his career has been, the kinds of accomplishments he has behind him, and the sort of challenges he’s come up against in the past 18 years since enlisting, I asked Payne on Thursday what the hardest thing he’d ever had to do in the military was.

His answer wasn't what I expected: For Payne, the hardest thing he’s ever had to do is deploy as a dad.

“I’ve gone through different stages in my career,” he said. “Deploying as a single soldier, deploying as a married soldier … and now, that’s the hardest thing I’ve had to do, is deploy as a father. It’s different.”

On the night of the mission that has earned Payne a spot among a small class of other soldiers who have also received the nation's most prestigious award for battlefield heroism, he was already a father. He said on Thursday that he had one child back at home with his wife Alison when the mission kicked off in Oct. 2015.

The couple now has three children, and Payne, despite now being known for his heroics, is still just “Dad” in their eyes.

“I’m Dad back home — you know, Dad is Dad,” he said, laughing. “Most of my afternoons before I put my daughter down, we’re looking for Snow White. That’s what I’m doing.”

He said that he and Alison have “an amazing love story.” He’d been injured in Afghanistan on a deployment — he had shrapnel in his knee and femur — and was back in South Carolina recovering. She was a college athlete at the time, who encouraged him to stick with it.

“She got me on my feet, got my knee bending again,” he said. “If it wouldn’t have been for her, I don’t know where my career would be now.”

Payne isn't the only person in his family to serve. He has two brothers currently in the military as well, one in the Army and the other in the Air Force. He told Task & Purpose that once when he came home from one of his deployments, he saw Army recruiting paperwork on the kitchen table, and his mom told him to talk to his brother.

“I was like, 'Hey what's going on?'” Payne recalled. “He's like, 'I decided after graduating college, I want to join the military.' I was like 'Alright, here we go!'”

Sharing the news of the award with his family was special, he said, and while he knows they're proud of him, he joked that “they're like 'Oh, that's just my brother,' probably.”

But some of the praise that means the most to him is from the every-day heroes he's met who were working on September 11, the day that forever changed his life's course.

“I have some friends that are firefighters who served on 9/11,” Payne said. “To hear their comments, and for them to tell me that they're proud of me and things like that, it's a very special moment, because they're the reason why I wanted to join the military, seeing their service on that day. … Their stories are an inspiration to the country.”

Update: This article has been modified to include reporting on Payne’s service in Delta Force.