“I grew up playing in the ghillie wash trench and stuff like that ... It was always a dream of mine." 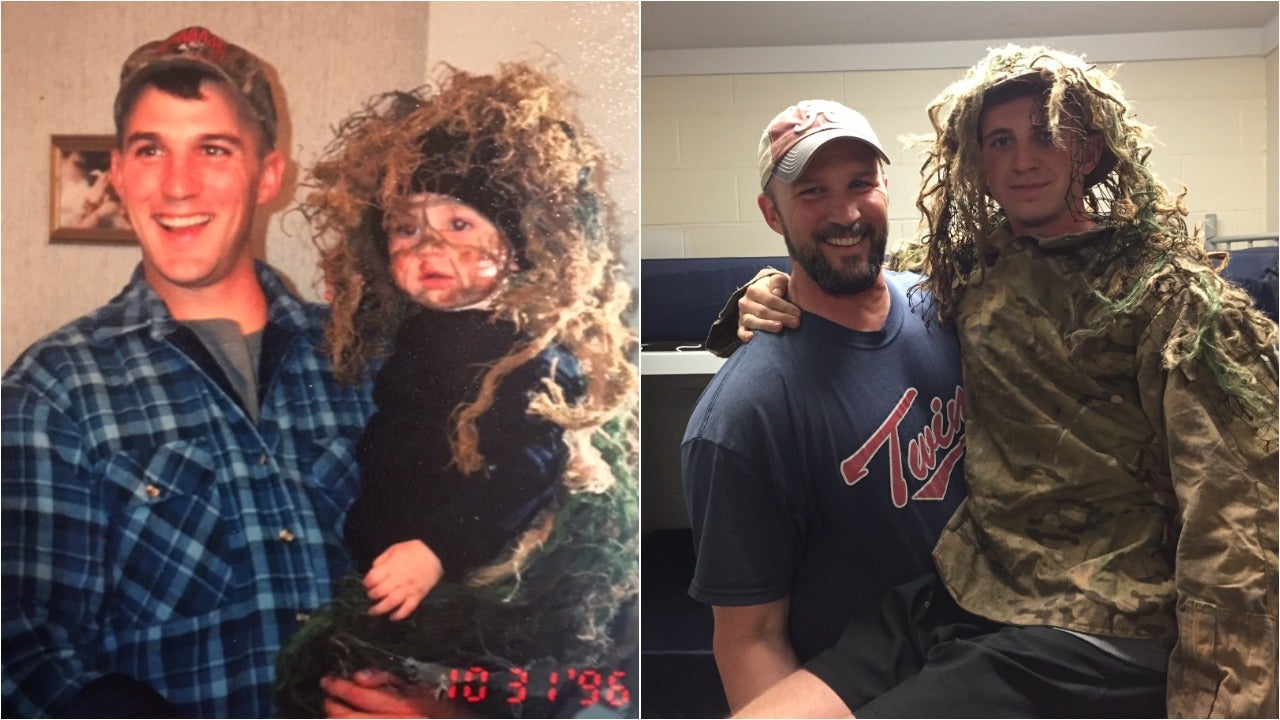 FORT BENNING, Georgia — Army Staff Sgt. Ryan Davis was not even 10 years old before he could do something that some people twice his age struggle with. He could spot trace, meaning he could watch a sniper fire at a target downrange, follow that bullet through a scope, and determine how far off the shooter was from where they meant to hit.

It’s not a talent most kids pick up — but then again, most kids’ dads aren’t Army sniper instructors.

“Ryan grew up around a lot of the competitors, and being up at the schoolhouse, I brought him out every chance I had,” said Larry Davis, an Army sniper veteran and Ryan’s father. “I mean he was probably seven or eight years old, and he could spot trace. We’d get kids coming through that are 19, 20, 21 years old, can’t spot trace … Somebody would shoot and I’d go, where’d it go Ryan? He’d go, ‘About that far!’”

From the moment Ryan was born, it seemed he was destined for a career as a sniper like his father. Now he’s the primary instructor at the U.S. Army Sniper School for target detection, and on Monday he was running an event he created called “Know Your Limits” at the International Sniper Competition at Fort Benning. The competition drew 30 three-man teams from throughout the U.S. military and around the world. By Monday morning, they’d been up for more than 12 hours when they arrived at Maertens Range for Ryan’s event, where two shooters from each team attempted to win points by shooting various sized targets for score based on their size.

While he worked the competition, at times driving competitors down the range to where they’d be shooting, his dad stood near the firing line with other volunteers. And, of course, watched his son in action. “I’m very, very proud,” said Larry, who served in the Marine Corps for eight years before joining the Army in 1994.

Ryan and Larry, are part of a tight-knit community of military snipers. The small number of soldiers in a sniper section — no more than eight — creates the close environment found throughout the rest of the community. So it’s unique, to say the least, to find a father-son sniper duo.

The sniper title is coveted and extremely difficult to get. Fort Benning’s seven-week sniper course, for example, tests students on precision firing, advanced camouflage techniques, advanced marksmanship, target detection, and how to fire at stationary and moving targets during various weather conditions. The desired result is to create “the most feared weapon on the battlefield.” Snipers are skilled critical thinkers, able to work quickly and efficiently in small teams of two or three people.

Watching this year’s three-man teams work at the international competition, it’s clear how crucial it is for teams to almost be able to read their teammates’ thoughts, moving seamlessly together and executing the mission while saying as little as possible.

Larry didn’t know he wanted to be a sniper until he was shot by one — in training, that is. He was still in the Marine Corps and was coming off an amphibious assault vehicle on a sloped hill when he was “shot” the second he walked off the ramp. He was confused; there was “nobody around me,” he said.

“The OC, the observer controller, was like ‘See that guy way across the hilltop? He’s a sniper, he shot you.’ I’m like, you gotta be kidding me,” Larry laughed. “That’s so badass.”

The experience immediately piqued his interest, and in 1994 when he arrived at Fort Campbell, Kentucky, and was told the Army was recruiting snipers, he quickly volunteered.

Larry recalled that stalking was the hardest part, which is when a sniper has to stealthily approach and eliminate a target. But he was hooked. He went on to complete the 5th Special Forces sniper course at Fort Campbell, and was moving onto their advanced course, when Ryan was born in 1995. Eventually, Larry became a sniper instructor after completing Fort Benning’s sniper school. As an instructor, he was involved in sniper competitions and worked as the noncommissioned officer in charge for two competitions between 2001 and 2007.

And Ryan tagged along to every one.

“It was awesome honestly, like growing up I always wanted to be a sniper because I was just around it all the time,” Ryan said. “I grew up playing in the ghillie wash trench and stuff like that, going to some of the ranges, seeing the guys shoot. It was always a dream of mine to someday be a sniper.”

Larry “always hoped” his son would get into the sniper community. It’s clear from speaking to him that he has a deep appreciation and love for it, which is clearly mirrored in his son. In more ways than one, they’re cut from the same cloth. Snipers can often be the kind of people that are happy being alone, which isn’t totally surprising given the small teams they operate with. Larry is “just as comfortable being by myself as I could be being around a group of guys,” he said, and Ryan is no different.

And while Ryan is, in many ways, following in his father’s footsteps, Larry doesn’t see it that way. Ryan is “walking his own road,” he said. “He’s the legacy now, not me.”