This is what it looks like to live-tweet a war 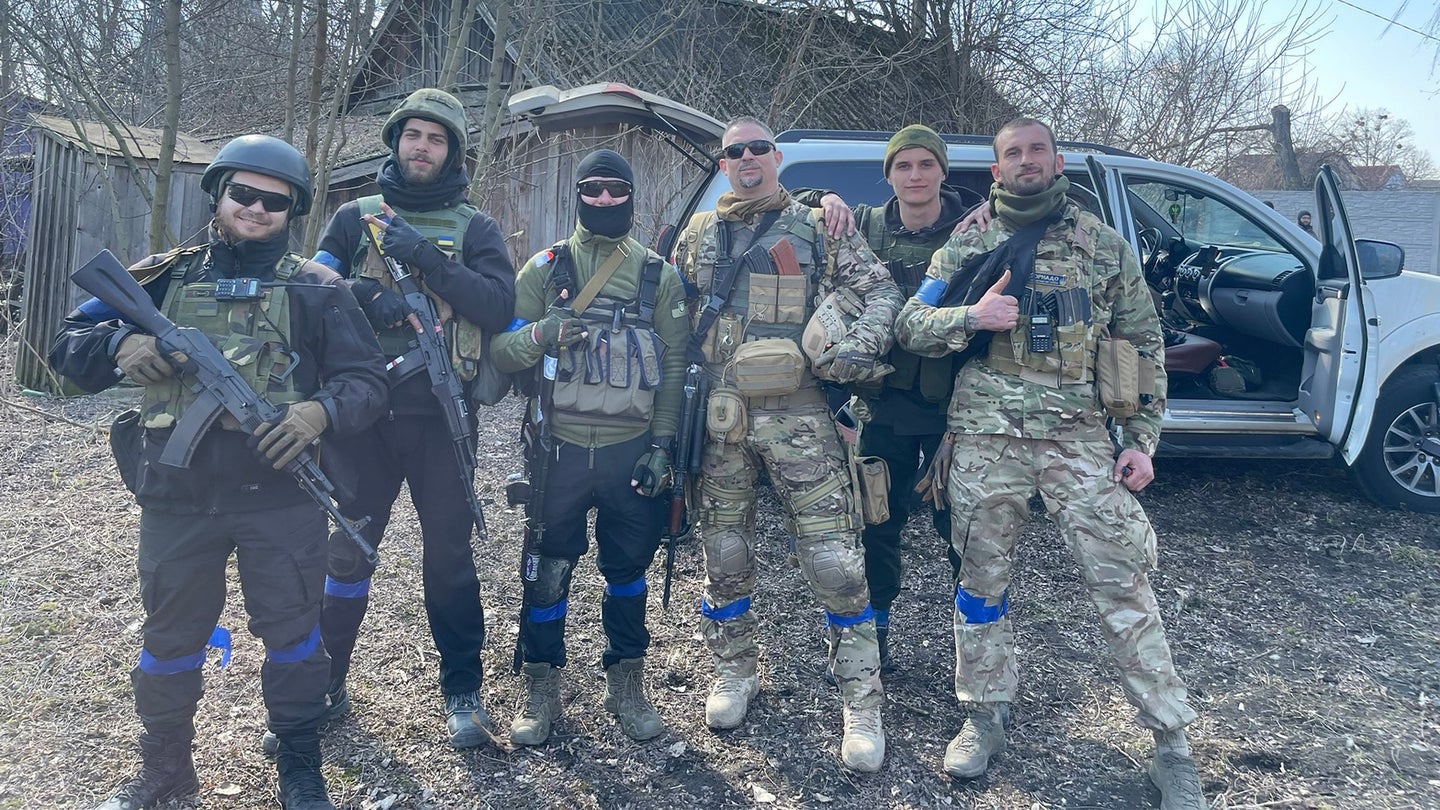 James Vasquez (third from right) with a group of Ukrainian soldiers in a photo posted March 25, 2022. (Image via Twitter).
SHARE

In an age when almost everyone has a smartphone camera, and in a combat zone where an internet connection is still readily available, it is inevitable: Live updates from the front lines of the Russian invasion of Ukraine delivered in real time.

One such account offering updates is that of James Vasquez, a self-described U.S. Army veteran who traveled to Ukraine and volunteered to fight there. Task & Purpose was unable to confirm Vasquez’s service record with the Department of Defense.

“Alright. So far, we took out seven Russian tanks, after a long firefight we took control of the area,” says Vasquez in one dispatch.

Other videos show Vasquez and his squad after reportedly retaking an occupied town, as well as some of the certifiable ancient equipment his unit uses, including grenades that are well past retirement age. The posts offer a picture of the frontlines, from the sleeping conditions, to some downtime spent with an improvised grill, to the immediate aftermath of battle. In just a few short weeks, Vasquez’s account has accumulated around 234,000 followers.

Vasquez, from Norwalk, Connecticut, announced his plan on the same day the invasion began, writing that, “I am a U.S. Army veteran. I’ve made the decision to go to the Ukraine and fight along their army.”

After first traveling to Poland, he crossed the border into Ukraine on March 15, 2022, making his way east towards the front lines a few days later.

Earlier reporting had described Vasquez as a veteran of multiple deployments to Iraq and Afghanistan, something his own Twitter account has subsequently denied.

Since the start of the invasion, foreign volunteers have been making their way to Ukraine to take up arms in the fight against Russia, often with mixed results.

​​“Some were professional soldiers and are still competent,” one American volunteer told Task & Purpose of his comrades. “Others are drunks, people with the most marginal military experience, and people who really should not have come at all.”

Others have entered Ukraine to volunteer as chaplains.

Applying to the Ukrainian embassy, volunteers reportedly make their way to the city of Lviv, in western Ukraine. There, they are sorted for selection and training based on prior experience.

“We should only take experienced combat veterans — that is the lesson that we are learning,” a Ukrainian general told Task & Purpose on condition of anonymity. “The others don’t know what they are getting themselves into – and when they find out, they want to go home. We need specialized skills – especially snipers.”

Vasquez claims to be the only American volunteer in his unit.

“I just want to make it clear I’m the only American I’ve seen here. I don’t want the Russian propaganda machine saying there is a battalion of Americans which I’ve already seen. Here alone on my own accord in a complete voluntary capacity,” he wrote last week.