U.S. military commissaries in Japan and South Korea have been charging military families triple the going rate on a number... 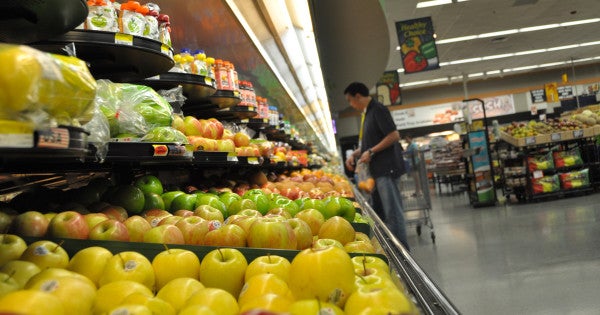 U.S. military commissaries in Japan and South Korea have been charging military families triple the going rate on a number of produce items in their stores, according to a recent inspector general's report.

The problem stemmed from a $55.1 million contract to provide fresh fruit and veggies for the Defense Commissary Agency (DeCA) in the Pacific, which saved the Defense Department $38 million, but simultaneously screwed over families by charging them a 101% markup on green cabbage and an 82% markup on mushrooms, among other examples.

To add insult to injury, the overpriced produce wasn't even all that good, when compared with what buyers could have gotten at local markets, according to customer surveys.

Oh, and did I mention that bok choy — a type of produce originally from China — was being sold in the commissary for 372% more than usual? 372 PERCENT.

I'm not sure if that bok choy was gold-plated or something, but making your customers pay $4.20 for something they could have found out in town for 63 cents seems like a bit of a dick move.

The IG investigation found that DeCA didn't effectively oversee the contractor at various stages in the supply chain. And although the contract required that “high volume core items” — like apples, bananas, carrots and two dozen other goods — be priced 30% lower than local Japanese markets, they were only found to be about 14% cheaper.

The director of the Defense Commissary Agency agreed with all the report's recommendations, which is great, but the report didn't offer any timeline on when families will stop being hit with a big green weenie that's normally reserved for only those wearing a uniform.