Sweden Just Reinstated The Draft, This Time For Women Too

Sweden just brought back conscription — and this time, women will be required to sign up too. Under the plan... 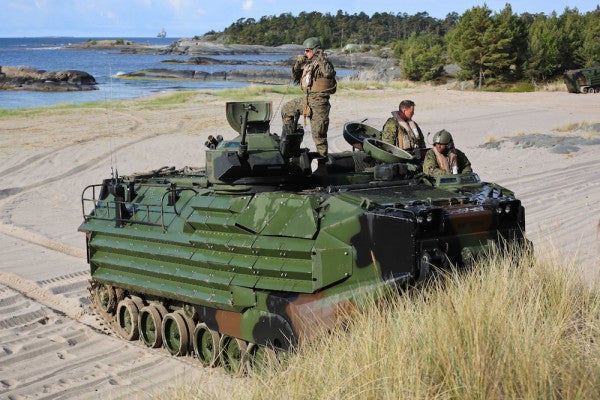 Sweden just brought back conscription — and this time, women will be required to sign up too. Under the plan approved on Mar. 3, all of Sweden’s 18-year-olds could be called on to sign up for service each year.

Sweden did away with compulsory service seven years ago because voluntary participation was high, but the country decided to return to the draft in order to bolster readiness. Swedes who want to sign up voluntarily will still be able to serve as well.

It is rumored that the decision comes as a response to Russian aggression and the renewal of Cold War tensions.

According to Fox, “There have also been reports of airspace violations by Russia's military aircraft in the Baltics and a military buildup in the Russian enclave of Kaliningrad, which sits across the Baltic Sea from Sweden.”

Bolstering troop numbers is also intended to help Swedes respond to natural disasters, oil spills, or cyberattacks that could disrupt power and water supplies, according to The New York Times. But there is no doubt that the Swedish authorities had Russia at the forefront of their minds when making this decision.

Fox also reported that Micael Byden, head of Sweden's armed forces, said an additional 6.5 billion kronor [$718 million] would be required to increase the country's military capabilities in the coming years.

The country joins a number of others around the world that currently require women to sign up for the draft, including Israel, Norway, North Korea, and China.