The secret story of decaying Iraqi chemical weapons that injured countless U.S. troops was uncovered by a group of three... 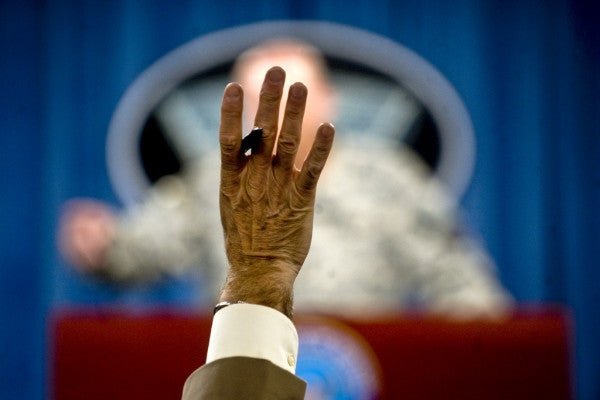 The secret story of decaying Iraqi chemical weapons that injured countless U.S. troops was uncovered by a group of three veterans, and that's an important distinction, according to Alex Horton in a new piece for the Atlantic. New York Times correspondent C.J. Chivers, who was a captain in the Marines, worked with John Ismay, a former Navy Explosive Ordnance Disposal technician, to investigate stories of service-members with injuries related to chemical exposure. Mac Bishop, who served as an infantryman in the Marines, acted as a videographer, helping to document their findings.

The trio discovered damning evidence that indicated the military had kept secret injuries relating to the disposal of decaying stockpiles of Iraq’s chemical weapons from the Iran-Iraq war era. They credit their military background as a major factor in getting those affected to come forward. Being a veteran helped to get people to speak with us candidly], and ask people to come forward, where there is a lot of disincentive for them to trust us with their stories,” Chivers explains. “I have found time and again that veterans talk to me because I was a Marine.”