The iconic AK-47 family of weapons is getting rebranded — as a tool to promote peace. Kalashnikov Concern, the main... 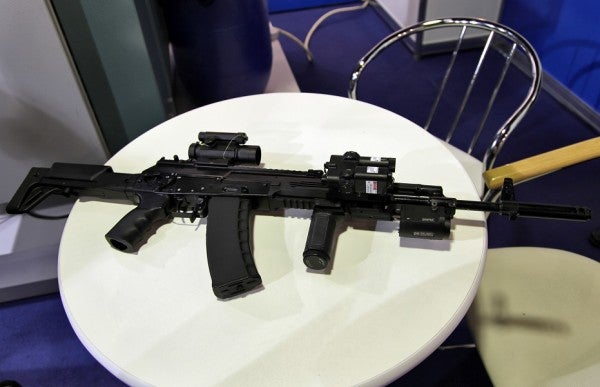 The iconic AK-47 family of weapons is getting rebranded — as a tool to promote peace. Kalashnikov Concern, the main company building AK-pattern weapons in Russia, announced the new corporate image at an event in Moscow, stating that the AK and its derivatives “help nations protect their sovereignty, their right for peaceful existence, their right to pick their own historic fate.”

The new image comes on the heels of deep financial trouble for Kalashnikov Concern. The company entered bankruptcy in 2012, and the Russian annexation of Crimea torpedoed an effort to import 200,000 rifles to the large U.S. gun market. The Russian military also passed on adopting the latest version of the AK, the AK-12, preferring to stick with the current issue rifle, the AK-74M.