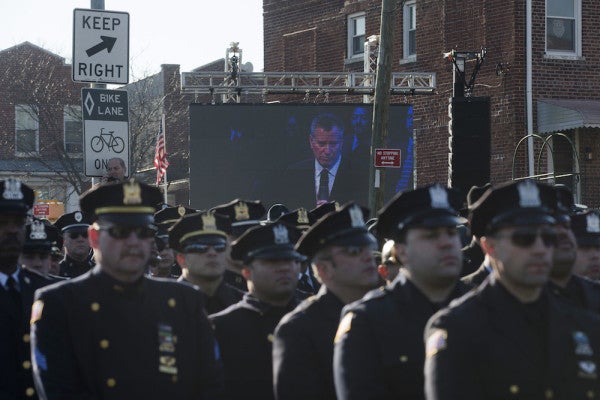 Following the funeral of fallen police officer Rafael Ramos, where a group of New York police department officers deliberately turned their backs in protest to Mayor Bill de Blasio as he took the podium, a former Army officer writes that while the NYPD not might like the New York City mayor, “they damn well better respect his office.”

Drawing parallels between the military and police, Matt Gallagher writes that the oath of service doesn’t come with a caveat. Anyone who puts on a uniform has an obligation to put the greater good of the “department, the unit, the community and the country” before all else, including the right to publicly protest elected leadership.