This Is The Way Afghanistan Officially Ends — With An Absolute Whimper

The war in Afghanistan, the longest war in American history, formally ended Dec. 28, 2014. Leaders of the International Security... 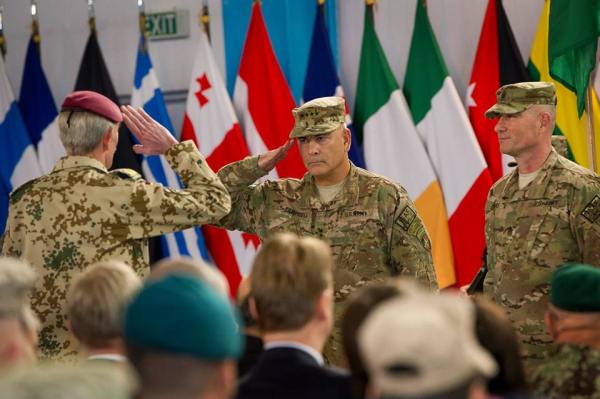 The war in Afghanistan, the longest war in American history, formally ended Dec. 28, 2014. Leaders of the International Security Assistance Force lowered and cased their flags in a quiet ceremony in the Afghan capital of Kabul. Should anyone wonder how the end of the war in Afghanistan impacts the American consciousness, they need look no farther than how the nation’s publication of record, the New York Times, covered the occasion.

The Times, which boasts a news department with more than 1,000 journalists, opted to syndicate the Associated Press piece on the end of the war. That in and of itself is not noteworthy, the Times and a multitude of other reputable and respected publications regularly publish Associated Press content, there’s nothing wrong with the practice. But perhaps more instructive is how the Times presented the story on its website.

I’m a big fan of the New York Times, my hometown paper. Its motto, “all the news that’s fit to print,” I find wonderfully principled and ambitious. Certainly the formal end of the war in Afghanistan is fit to print, but it was not given any sort of prominence on the site. Paul Rieckhoff, the founder and chief executive of Iraq and Afghanistan Veterans of America, captured it through an Instagram post shortly after the story was published. According to Rieckhoff, the story on Afghanistan was 13 stories down the New York Times’ mobile site, two below a review of actor Terrence Howard’s new show “Empire.”

That’s how the war in Afghanistan formally ends after 13 years, with a whimper in the American media. But it ends with a strategic whimper as well. The war in Afghanistan went so well that the ceremony ending it had to be conducted in secret, for fear of Taliban attacks. After 13 years of trying to destroy it, the Taliban is alive and well, strong and active and conducting regular attacks on both sides of the Afghan-Pakistan border.

More than 2,300 American servicemen and women gave their lives to the mission in Afghanistan. In my seven months there from the summer of 2011 through the early spring of 2012, I watched dozens of them loaded into the planes that would carry them home. I stood and saluted as their flag-draped coffins were carried by their fellow troops into waiting aircraft. I have vivid memories of those moments. I remember saluting the fallen in the scorching heat of the Afghan summer through the harsh winter.

That was three years ago. What’s changed since then? What has been accomplished? In three years of World War II, the U.S. military eroded the Axis presence in Italy, defeated the Nazis in the Battle of the Bulge, and won a series of amphibious and air assaults against the Japanese Empire in the Pacific theater. What’s been done in an equivalent time frame in Afghanistan? I suppose we’ve trained a bunch of Afghan soldiers.

The book on American relations with Afghanistan is far from closed. In casing the colors on Operation Enduring Freedom, America and its allies opened the colors for a new mission in Afghanistan called “Resolute Support.” More than 12,000 troops — predominantly Americans — are to remain in Afghanistan. Most of them will be training and equipping Afghan National Security Forces, some will continue to conduct kinetic counterterror operations against Taliban forces. The rise of the Islamic State in Iraq demonstrates that America cannot turn its back on its recent conflicts. With a protracted mission and a dynamic status of forces agreement in place, that shouldn’t happen in Afghanistan, it can’t be allowed to.