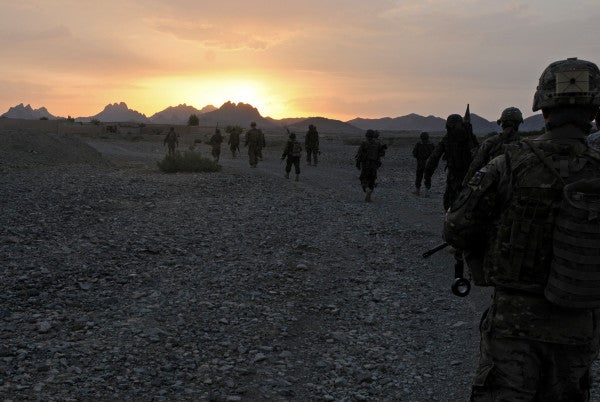 116 days. The United States military went 116 consecutive days without losing a U.S. service member to enemy action. That ended April 8, 2015, when an Afghan soldier opened fire on coalition forces, killing at least one as of yet unidentified American, according to Dan Lamothe at the Washington Post.

It’s notable that this period of relative peace and stability was upended with an insider attack. U.S. strategy in Afghanistan hinges on its ability to train and equip a viable national security force within the country. That strategy has been plagued by Afghan soldiers or police members who have turned their weapons on their American counterparts, dubbed green-on-blue attacks. These attacks range in their motivations. Sometimes members of the Taliban or their sympathizers infiltrate Afghan security units. Sometimes Taliban fighters simply don military uniforms and impersonate Afghan soldiers. Lastly, some insider attacks have no connection to the Taliban at all, and are mere manifestations of tension or dispute.

Tension between U.S. and Afghan forces peaked in 2012, when 44 attacks claimed the lives of more than 60 coalition soldiers. The attacks also garnered national attention in 2014, when Maj. Gen. Harold Greene, the highest ranking American killed in action since the Vietnam War, died after an Afghan soldier opened fire on coalition leaders.

This loss of life comes just weeks after President Barack Obama halted the drawdown of U.S. forces in Afghanistan at 9,800 through at least the end of this year. In the announcement, Obama cited the need to train and equip an adequate Afghan national security force as a reason for the high American presence.

This recent violent incident could cast doubt on the stability of the situation in Afghanistan and across the western Asian region.

Three American contractors were killed and one was wounded at the hands of an Afghan soldier in a January attack purportedly orchestrated by the Taliban.

And last month, a Canadian soldier was shot and killed conducting counter-Islamic State operations in northern Iraq. The soldier, Sgt. Andrew J. Doiron, was reportedly killed by Kurdish forces who may have mistaken him for an enemy fighter.

So though the last American KIAs came in December, when Sgt. 1st Class Ramon S. Morris and Spc. Wyatt Martin were killed by an improvised explosive device, these past 116 days have been far from quiet and peaceful.

There’s turmoil in this world — there’s violence and instability — and American service members are in the thick of it.