A photo posted to Reddit that rose to the top of the military subreddit depicts an attempted rocket attack against... 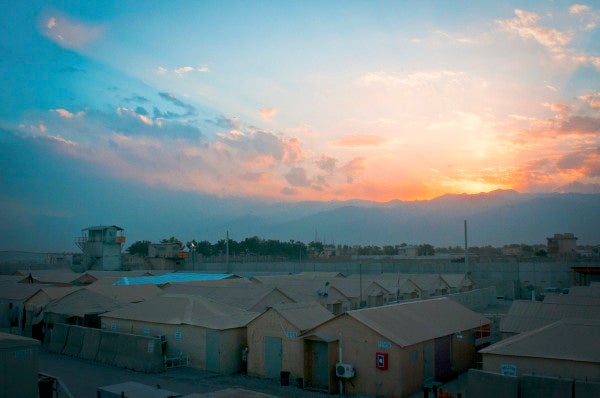 A photo posted to Reddit that rose to the top of the military subreddit depicts an attempted rocket attack against U.S. forces in Afghanistan that could have gone much, much worse.

Posted under the headline, “Direct hit punched through the roof and then through a bedroom wall during a recent attack. Thankfully it was a dud,” the photo shows a massive hole through the roof of living quarters common for deployed service members.

Judging from the photo and title, the roof of the B-Hut was struck by a rocket, but the ordnance did not detonate. Had it, the effect would have been much more harmful and would have caused much greater damage to the building, to say nothing of the harm it could have done to anyone inside. Instead, the rocket was a “dud,” the term given to ordnance that fails to detonate on impact.

Though the original poster made no mention of where he was deployed, many in the comments correctly identified the B-Hut in the image as the type common in much of Afghanistan. It certainly resembled the B-Hut I slept in at Bagram Airbase in Afghanistan in 2011. In previous comments, the Redditor describes being an Army soldier deployed near Jalalabad in eastern Afghanistan. Here’s hoping he or she stays safe and lucky.