UNSUNG HEROES: The Soldier Who Sacrificed Her Life To Protect Countless Others

1st Lt. Jennifer M. Moreno was only three months into her first deployment with the Army’s 75th Ranger Regiment in... 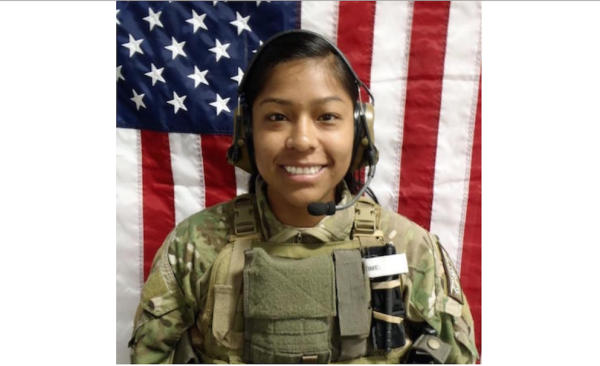 1st Lt. Jennifer M. Moreno was only three months into her first deployment with the Army’s 75th Ranger Regiment in the Zhari district in Kandahar province, Afghanistan, when a night raid took a turn for the worst.

On the evening of Oct. 5, 2013, Moreno and other members of the regiment were on foot patrol, performing a raid on a high-value Taliban bomb-making compound.

There, a suicide bomber detonated an an explosive vest. After the explosion, other insurgents triggered roughly a dozen improvised explosive devices inside the compound the force was entering, reported The San Diego Tribune.

Moreno, who originally joined the Army as a nurse, chose to go after and aid a wounded soldier over her own safety. In moving to attend to her comrade, she stepped on a landmine that ended her life.

Capt. Amanda King, commander of Moreno’s cultural support team, wrote in her eulogy, “None of us would have done what you did, running into hell to save your wounded brothers, knowing full well you probably wouldn’t make it back.”

Related: Six women who fought in direct combat in Iraq and Afghanistan »

Her fellow soldiers — Sgt. Patrick Hawkins, Sgt. Joseph Peters and Pfc. Cody Patterson — were also killed during the raid, and 30 other soldiers were wounded in the attack. However, in standing their ground, the regiment saved countless people from an attack that was intended to kill civilians.

Moreno, who was just 25 at the time of her death, was attached to a joint special operations task force as a cultural support team member. These teams are made up of female soldiers who can engage Afghan women in a way that male soldiers can’t. She had volunteered for the position with U.S. Special Operations Command after completing Army airborne training in 2009.

Prior to that deployment, which began in July 2013, Moreno served with the medical center at Joint Base Lewis-McChord, Washington, as a clinical staff nurse on a medical surgical unit.

Military Times reported that Moreno is survived by her mother and two sisters in San Diego, and her brother who serves in the Army.