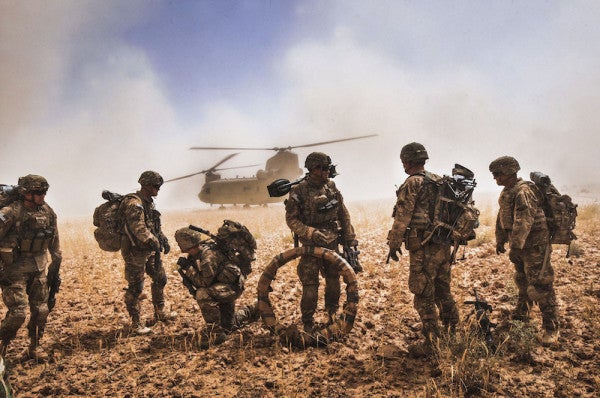 It’s Baghdad, 2007. I’m a company commander deploying to a contentious area during the height of the Surge. As my unit starts to shadow the unit we’re replacing, and I spend time with my counterpart and his battalion’s staff, I begin to hear a new phrase pop up, “It is what it is.”

I wouldn’t have thought much of it, but I heard that response from numerous members of the unit, and applied to all types of discussion topics. My buddies and boss picked up on it, too. I heard “It is what it is” so much that I began to think it was an approved mentality of the unit, a sanctioned mindset.

Well, my observation was validated the moment I heard the unit’s battalion commander speak. He led a handover brief with us that covered the major events and efforts of his unit’s tour, and I heard “It is what it is” more times than I can count. “The Iraqi Army unit you’re partnering with can’t show up to an operation on time, but it is what it is. … We’ve got a really small post here, so parking will be tight. It is what it is. … We took a lot of casualties in this area, so you should be prepared for that. It is what it is.”

He used the phrase to explain, or rather excuse, action and inaction, misfortune and blessing, success and failure. The phrase had evolved from words to mindset and permeated the command climate in the unit. Ever since that interaction in 2007, I’ve been passively tuned in for the phrase and have heard it several times each year in follow-on assignments.

The phrase is stupid enough when rationalizing insufficient performance, but it’s especially damaging when “It is what it is” is used in framing a response to a problem. “Well, that route to the objective is blocked. Guess we can’t use it. It is what it is. … We need indirect fire support, but the terrain here is too uneven to place the guns. It is what it is. … Those new IEDs are cutting through are vehicles pretty badly, but we’re still waiting for the up-armored packages to arrive. It is what it is.”

“It is what it is” is an admission that the problem is too hard and suppresses the attitude that leads to creative, unseen solutions. Even if a leader had racked his brain and combed his own experience for a solution to the challenge, yet can’t find one, he should realize that his unit’s people contain a wealth of unique experiences and perspectives to contribute. “It is what it is” negates their value. It says, “We can’t,” which is the antithesis of everything we espouse to make our military capable and lethal.

I was listening to an EntreLeadership podcast interview with Sebastian Bailey that brought home the point. He said if you show people the shape of a square and ask them what it is, they invariably answer, “Square.” But, if you instead ask them what it could be, then a world of possibilities emerge. The frame of a house. A baseball diamond. A graduation cap. The new question — which originated from a mindset of possibility rather than defeat — reframes the mind to look for solutions without boundaries, exactly the type of thinking we want our leaders to demonstrate.

One caveat. While you’ll never hear me use the phrase “It is what it is,” there is value in maintaining a portion of your attitude that is stoic in nature. Know what you can control and what you can’t control. And the first thing to accept that you can’t control is the past. Shooting schools teach a principle: Once the bullet leaves the barrel, it’s gone. You can do nothing more to affect where it goes. So, let it go and focus on perfecting the next shot.

It’s the same with life and leadership. Don’t dwell on what’s happened. Take responsibility, learn the appropriate lessons, and get moving to the next objective. Doing otherwise is a distraction.

Similarly, don’t waste your time trying to change something that won’t help you achieve your mission or stated priorities. Allocate your effort appropriately, not in crusades that leave your people worse off. For example, “It is what it is” says there’s no way that you can get the president to speak at your battalion ball, but you spend personal and organizational time and energy trying to make it happen. Meanwhile, your unit fails to prepare for the upcoming training center rotation and falls flat on its face. Not cool. Better to have spent that creative energy on finding unique ways to make your unit lethal.

Followers take cues from their leaders. Leaders who adopt the “It is what it is” attitude demonstrate two qualities to their people: They won’t accept responsibility for what has happened and they won’t get creative in shaping what will happen. That’s not the kind of leader that made our military successful.

andrew steadman
culture
it is what it is
the military leader